A new propaganda video from the terrorist organisation that calls itself Islamic State (IS) features a picture of the New Zealand flag. 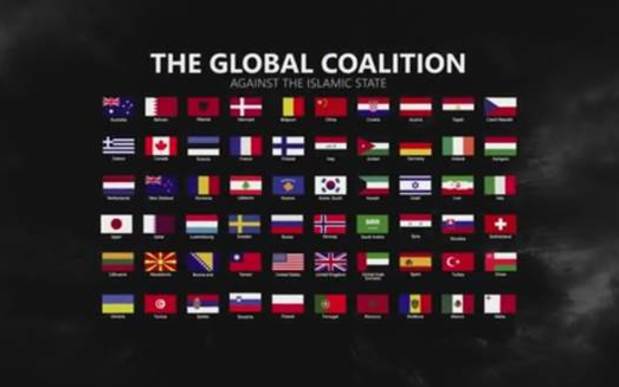 A screenshot from the propaganda video released by IS. Photo: SCREENSHOT

The video, entitled 'And No Respite', features slick animated images of world leaders against information about what it calls "the Peak of Islamic Jihad".

It is a violent call to arms that proclaims its own strength and power.

In a shot of 60 flags, New Zealand is featured as part of what IS dubs "the global coalition" against it.

"Bring it on, all of you. Your numbers only increase us in faith," the video's American-accented voiceover says.

The video promises "no difference between an Arab and a non-Arab and a black man and a white man except piety" and thousands of schools "for our pearls and cubs".

"This is the glory of faith that unites us," it says.

New Zealand, as part of a joint mission with Australia, has been sending soldiers to train members of the Iraqi Security Force as part of international efforts in the fight against IS.

Prime Minister John Key said earlier this month there would be no change in New Zealand's deployments to Iraq following the attacks on 13 November in Paris.

The attacks, which killed 130 people, have been claimed by IS.