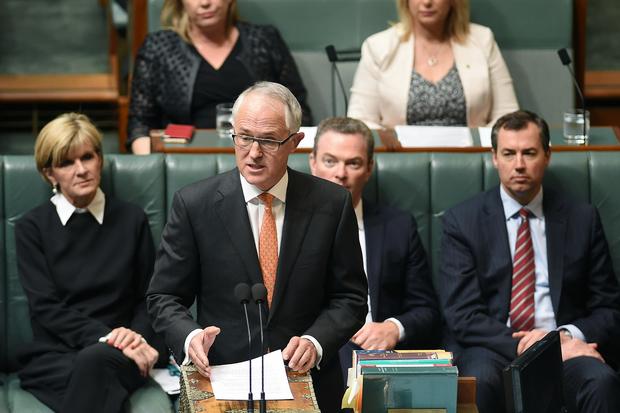 "We must not be fooled by its hype. Its ideology is archaic but its use of the internet is very modern."

Mr Turnbull also repeated his rejection of calls from within his party for Australian troops to fight on the ground in Syria.

"There are currently no plans for a significant change in the level or the nature of Australia's military commitment in Iraq and Syria," he said.

"No such change has been sought by our allies - if one were, we would of course carefully consider it."

He said the current advice to the government was the unilateral deployment of Australian combat troops on the ground in either country was neither feasible or practical.

Mr Turnbull also announced the government would move to a new terrorism alert system that would provide more information on the nature of threats.