Motorhead drummer "Philthy Animal" Phil Taylor has died at the age of 61. 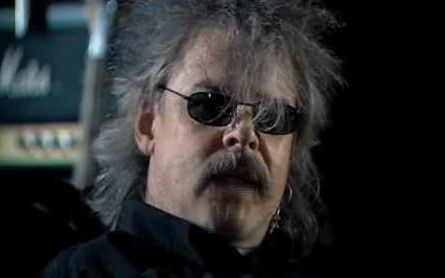 His death was reported by his friend and bandmate "Fast" Clarke - whom Taylor introduced to the band - on his official Facebook page.

"My dear friend and brother passed away last night," wrote the guitarist. "I have known Phil since he was 21 and he was one hell of a character.

"Fortunately we made some fantastic music together and I have many, many fond memories of our time together."

Clarke said Taylor had been ill for some time "but that does not make it any easier when the time finally comes".

Formed in 1975 by bassist, singer, and songwriter Ian Fraser Kilmister - better known as Lemmy - Motorhead became one of the defining British metal bands of the 1980s.

Taylor was present on all the band's major albums, including Overkill, Bomber, Ace of Spades, and live recording No Sleep 'til Hammersmith.

He was fired in 1992 during the recording of the March or Die album after he failed to learn the drum tracks on the song, I Ain't No Nice Guy.

His last gig with the group was at Irvine Meadows in California in March 1992.

He did return for a brief Motorhead reunion gig in Birmingham last November, but only appeared on stage, not behind the drums.