Russian President Vladimir Putin has ordered an investigation into claims the country's athletes have been part of a systematic doping programme. 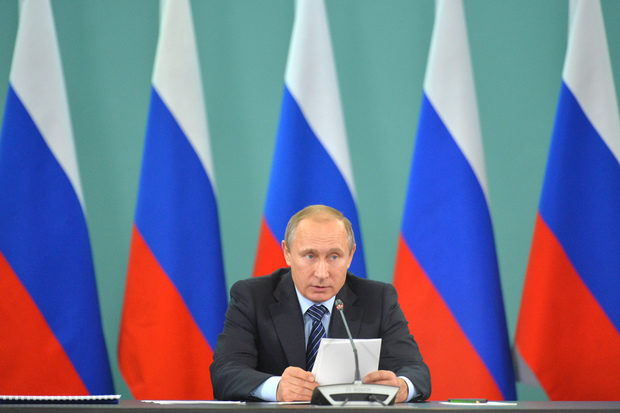 Russian President Vladimir Putin says a sporting contest "is only interesting when it is honest". Photo: AFP

Putin was speaking for the first time since a World Anti-Doping Agency (Wada) independent commission revealed its damning findings on Monday.

He said he wanted "professional co-operation" with anti-doping bodies.

"The battle must be open," said Putin. "A sporting contest is only interesting when it is honest."

Russian Sports Minister Vitaly Mutko had earlier said Britain's anti-doping system had "zero value" and was "even worse" than Russia's.

That accusation was rejected by the Department for Culture, Media and Sport.

Putin spoke only about the issues affecting Russia, saying someone must take responsibility should problems be found.

"I ask the minister of sport and all our colleagues who are linked in one way or another with sport to pay this issue the greatest possible attention," he said, before a meeting with sports officials in the Black Sea resort of Sochi.

"It is essential that we conduct our own internal investigation and - I want to underline - provide the most open professional co-operation with international anti-doping structures."

Lord Coe, president of athletics' governing body, the IAAF, has told the Russian athletics federation to respond to Wada's report by Friday.

But International Olympic Committee (IOC) president Thomas Bach said on Wednesday his organisation had "no authority" to take such action, and the matter was solely for the IAAF to deal with.

Bach said the IOC would continue to apply a zero-tolerance policy to doping, and that Olympic medals would be withdrawn from any Russian athlete named in the Wada report who is found guilty of doping.

"We have a proven track record," said Bach. "We will protect clean athletes."