UK Prime Minister David Cameron is to warn European leaders he will "think again" about the UK staying in the EU if his demands for reform are "met with a deaf ear". 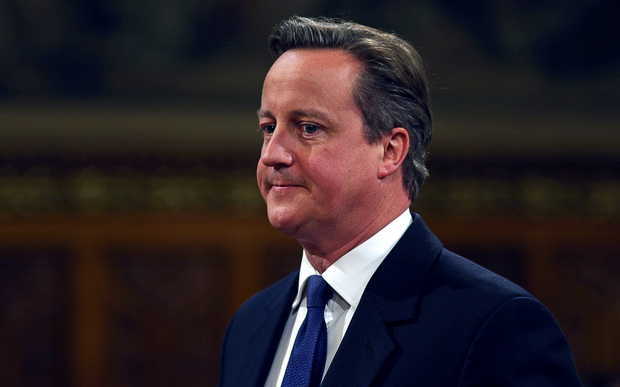 The prime minister will deliver his warning on Tuesday to coincide with a letter to the European Council president setting out the changes he wants for the UK.

The letter to Donald Tusk will mark the start of the UK's formal re-negotiation of its EU membership.

The Conservatives have promised an in-out referendum on the EU by 2017.

In a speech on Tuesday, Mr Cameron will say: "If we can't reach such an agreement [on reforms], and if Britain's concerns were to be met with a deaf ear, which I do not believe will happen, then we will have to think again about whether this European Union is right for us.

"As I have said before - I rule nothing out."

Mr Cameron will say he is ready to campaign to stay in the EU "with all my heart and all my soul", but only if the terms are right.

He has already said he wanted an end to the commitment to ever-closer union, more power for national governments and restrictions on benefits for EU migrants.

The speech will be Mr Cameron's strongest warning yet that he is prepared to consider life outside the EU if he doesn't get what he wants, BBC political correspondent Carole Walker said.

Mr Cameron will also insist he has "every confidence" that it is possible for the negotiations to deliver an agreement which works for both the UK and the EU's 28 other nations.

"Those who believe we should stay in the EU at all costs need to explain why Britain should accept the status quo. I am clear that there are real problems with this," he will add.

But he will also say there are some "economic risks" to staying in the union and he will cite examples such as EU regulations which "hold back our ability to trade and create jobs".

"And there are also significant risks if we allow our sovereignty to be eroded by ever closer union, or sit by and do nothing about the unsustainable rate of migration into our country," he will say.

Mr Mitchell said he thought the prime minister's comments were really "just a game of bluff".

"He's going to now pretend that, oh yes if we don't get our way we should pull out, and you've got to be nice to us but he doesn't really mean it," he said.

"He won't pull out, he will want to stay in because all the vested interests say they want to stay in... and I think Cameron himself is a strong pro-European."