His Ugly Animal Preservation Society uses the blobfish as its mascot and the biologist is taking his message to schools and communities around the world. 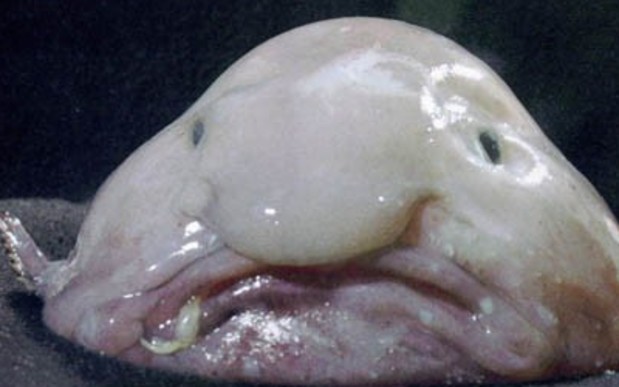 The blobfish is not only ugly, but inedible. Photo: Greenpeace

He complains that cute animals such as pandas steal the limelight, and few people get a chance to identify with a gob-faced squid, the scrotum frog or a Canadian blue-grey taildropper slug, ITV in the UK reports.

Dredged up off the coast of New Zealand during a 2003 research voyage, the blobfish was voted Earth's most hideous species in an online poll two years ago.

The bizarre creature lives off the coast of south-eastern Australia and Tasmania, at depths of between 600 and 1200 metres, where atmospheric pressure is several dozen times higher than at sea level.

Its gelatinous body is just slightly more dense than water, and it spends its life "bobbing around" in the depths.

It feeds on crabs and lobsters and so suffers a significant threat from fishing trawlers. Although it is inedible itself, it gets caught up in the nets.