Excitement is building in New Zealand, Australia and the UK as fans await the Rugby World Cup final to get underway.

Fans in New Zealand are undoubtedly grouping together at bars and lounges around the country in preparation for the final to begin at 5am, while those across the ditch do the same ahead of the game. Some, however, are already in bed, having set one of the most important alarms of their lives.

Not often I'm excited to set my alarm so early. Let's do this, Australia! #RWCFinal #Wallabies pic.twitter.com/OPiZsbIs2M

The day, however, is just starting for UK-based All Blacks, Wallabies and rugby fans alike, and those who are lucky enough to have tickets are starting to make their way to Twickenham.

Getting ready for the big game, leaving Stratford and heading to Twickenham #allblacks… https://t.co/Uf5lsfr7EL

How the mood among All Blacks fans changes over the coming hours is yet to be seen, and relies on the skills, passion and determination of the All Blacks (no pressure guys).

The team's New Zealand sporting colleagues have taken to Twitter to show their support for the team, urging them to "bring it home".

.Not sure if I'll be successful but to celebrate the World Cup win by the @AllBlacks, I reckon some BBQ kangaroo will be awesome.

Is anyone else getting excited for theWorld cup final tonight?!!! All the best to the @AllBlacks ! Bring it home lads! #AllBlacks

And the organiser's tweet daring people to disagree that captain Richie McCaw is the greatest All Blacks ever is garnering a lot of feedback, mostly positive.

Across the ditch, Wallabies' fans are also gearing up for the game, with hopes to take the title away from New Zealand.

Not taking any chances as I get ready to cheer on the @Wallabies in @rugbyworldcup final! #RWC2015 #Wallabies pic.twitter.com/qqWLrCMcx5

No Halloween for me please. I need to go to bed to get up at 0130 for the #RugbyWorldCup final. Go #Wallabies pic.twitter.com/Fm4nRV4K52

Just showing our support for the @Wallabies with a change in colour scheme. #StrongerAsOne #Wallabies #RWC2015 pic.twitter.com/8bq1HSOp27

But there's one man and his team who will do everything in their will to stop that from happening. 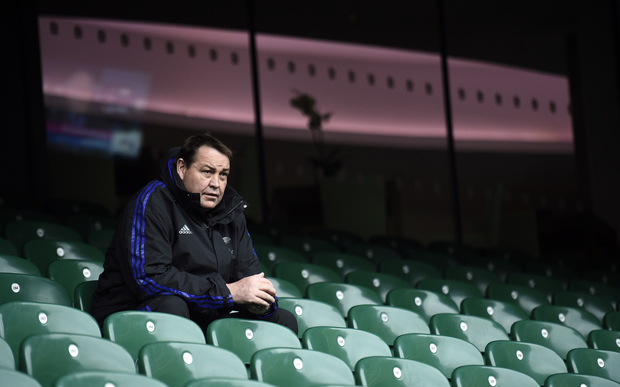 Police across New Zealand are also preparing for a big night, and said they would be keeping a close eye on fans.

Auckland police have been refocusing deployments, particularly around bars where large crowds will be gathering to watch.

They urged people to have a plan on how they would get home following a night out drinking. 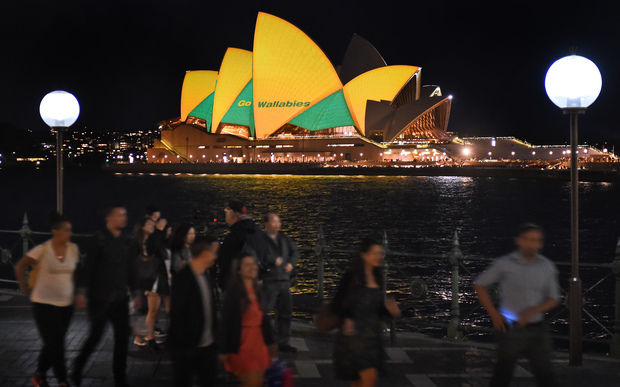 People pass the Sydney Opera House lit up in Australian colours in support of the Wallabies. Photo: AFP