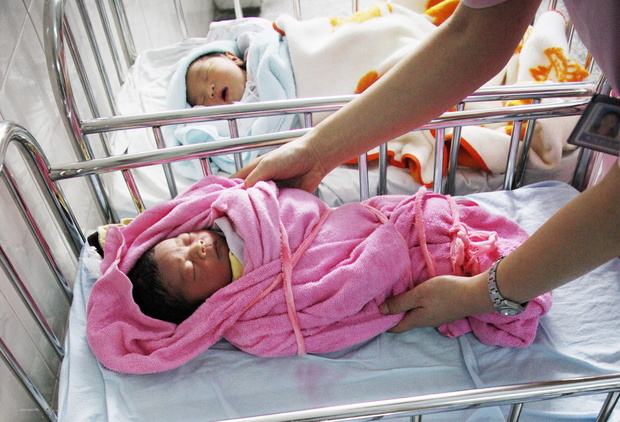 A file picture shows a nurse attending to several newly-born babies at a hospital in Huaibei in east China. Photo: AFP

All couples will now be allowed to have two children, the state-run news agency said, citing a statement from the Communist Party.

The controversial policy was introduced nationally in 1979, to reduce the country's birth rate and slow the population growth rate.

However, the policy led to concerns over China's ageing population.

The one-child policy is estimated to have prevented about 400 million births since it began.

Couples who violated the policy faced a variety of punishments, from fines and the loss of employment to forced abortions.

Over time, the policy was relaxed in some provinces, as demographers and sociologists raised concerns about rising social costs and falling worker numbers.

The Communist Party began formally relaxing national rules two years ago, allowing couples in which at least one of the pair is an only child to have a second child.

The announcement comes on the final day of a summit of the Chinese Communist Party's policy-making Central Committee, known as the fifth plenum.

The party is also set to announce growth targets and its next five-year plan.