Father-and-son fugitives Gino and Mark Stocco face possible murder charges after a weeks-long manhunt ended with their arrests - and the discovery of a man's body at an isolated property in western New South Wales. 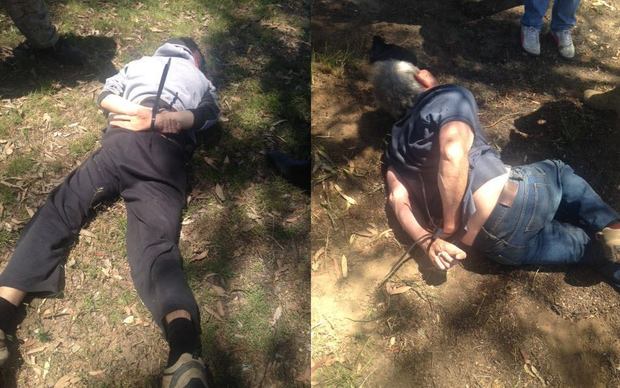 Gino (right) and Mark Stocco after being arrested at a property near Dunedoo in New South Wales on 28 October. Photo: AAP / NSW Police

Police have revealed a tip-off about a missing man led them to the property at Elong Elong, near Dunedoo, after a search spanning three states. 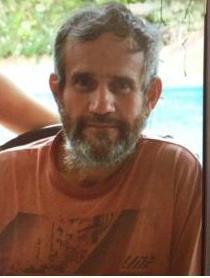 Gino, 57, and Mark, 35, who were wanted after allegedly shooting at police in NSW, struggled as they were taken into custody and sustained minor injuries, but no shots were fired.

The body of the man found after the men were arrested is believed to be that of a 68-year-old who has been missing since early October.

The cause of his death is not yet known.

Acting Assistant Commissioner Clint Pheeney said police were treating the death as a murder investigation and a crime scene had been established at the property.

Mr Pheeney said police had visited the property before but that the tip-off from a member of the public led them to mount a 16-hour stake-out before moving in to arrest the pair.

They believed the Stoccos had been there for a number of days, he said. 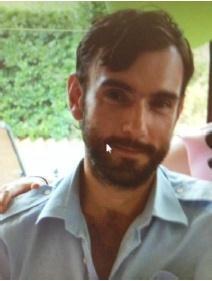 "Contrary to some media reports, they did not surrender to police or hand themselves in. They were arrested, following the property they were in being surrounded by tactical police," he said.

"There was some resistance to the arrests and as a result of the arrest, some minor injuries, which are still being assessed at Dubbo base hospital, for both parties, both Gino and Mark."

Mr Pheeney said, despite the men's knowledge of the bush, it was only a matter of time before the arrests were made.

"If we look at the expanse of country out here, the number of roads that are sealed, unsealed, back roads, forestry trails, these people knew the bush, they knew the bush very well, they knew all the ways and times to avoid police.

'A very remote and private property'

She said it was an isolated property that backed onto the Goonoo State Forrest, which is traversed by many remote access roads.

"It's a very remote and private property," she said. "It's a brilliant thing that police have tracked them down to that location, because it's very isolated."

Police have been running a major operation to capture the Stoccos since they allegedly shot at police with a high-powered rifle during a car chase in Wagga Wagga in NSW earlier this month.

They were on Australia's most-wanted list for a number of violent crimes and property offences in Queensland, NSW and Victoria.