Talks to conclude a Pacific-wide trade pact are set to continue for another day, as ministers struggle to agree over medicines. 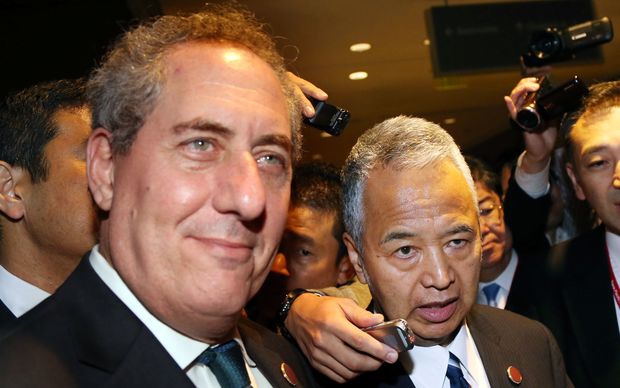 Akira Amari (R), Japan's Minister for TPP, the Trans-Pacific Partnership initiative, and Michael Froman U.S. Trade Representative speak to reporters after the second round of the talks in Atlanta. Photo: AFP

Trade ministers, including New Zealand's Tim Groser, have been in Atlanta, Georgia since Wednesday, trying to settle outstanding issues in the controversial 12-nation Trans-Pacific Partnership negotiations, which aim to create a free trade region covering 40 percent of the world's economy.

The ministers had had initially hoped to wrap up talks by Thursday.

Mr Amari said Japan had agreed to a United States request for an extension of 24 hours, but this would be the last one.

The major players from the US, Japan, Canada, Mexico and Australia have to leave for the G20 ministerial meeting in Istanbul that starts on Monday.

The United States is pushing for a timeframe of at least eight years, which is being resisted by Australia and Chile.

Drug companies argue a longer period is needed to create an incentive for developing treatments for diseases such as cancer and arthritis.

Australia and Chile have been unwilling to offer more than five years protection as longer terms will push up their health bills. 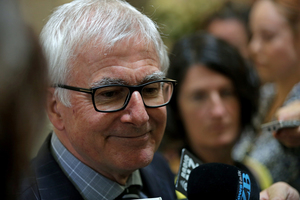 New Zealand's Trade Minister Tim Groser said on Thursday there had been slight movements on dairy, but not enough to satisfy him.

"What Canada and Japan have given the US is not enough to satisfy the US industry that it can compensate for increased market access to New Zealand."

Association of Salaried Medical Specialists' executive director Ian Powell warned that longer protections on biological drugs meant either patients or taxpayers in New Zealand would have to pay.

"New Zealand patients deserve much better than to have their taxpayer funded health system becoming a swallowed dead rat as a result of the controversial Trans Pacific Partnership agreement."