The European Union has approved a plan to share out 120,000 refugees across its 28 states, overriding opposition from four eastern nations.

Diplomats say interior ministers meeting in Brussels have voted to launch the scheme, backed by Germany and other big powers, to try to tackle the continent's worst refugee crisis since World War II. 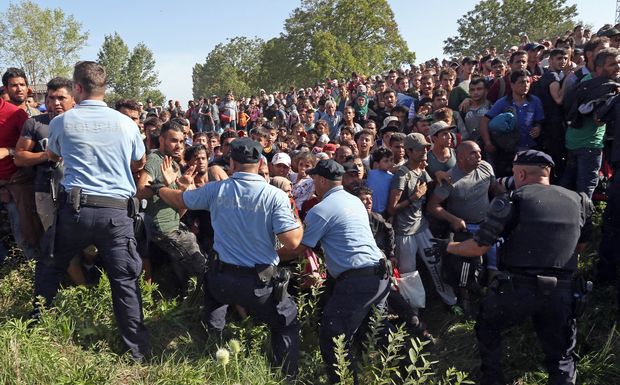 Refugees break a police cordon in their rush to board buses in Tovarnik, near the Croatian-Serbian border. Photo: AFP

The plan will see migrants and refugees moved from Italy, Greece and Hungary to other EU countries.

Romania, the Czech Republic, Slovakia and Hungary voted against accepting mandatory quotas. Finland abstained from the vote, while Poland, which had opposed the proposal, voted for it.

After the vote, Slovakia's prime minister said he would not accept the new quotas.

The Czech government had earlier warned that any attempt to approve such a scheme would be unworkable.

"We will soon realise that the emperor has no clothes. Common sense lost today," Czech Interior Minister Milan Chovanec tweeted after the vote. 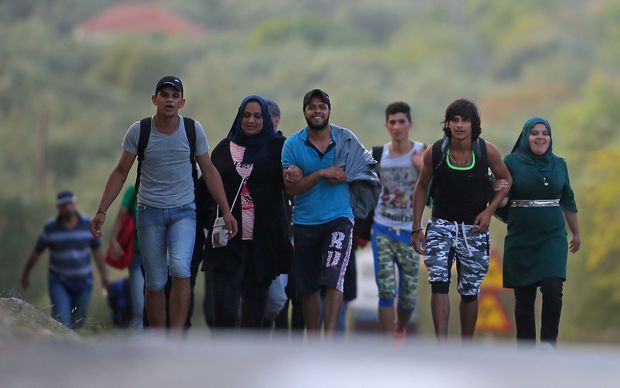 Refugees make their way to a registration centre in Greece. Photo: AFP

This year's influx of nearly half a million people fleeing war and poverty in the Middle East, Asia and Africa has plunged the EU into disputes over border controls and bitter recriminations over how to share out responsibility.

Eastern states with no tradition of integrating large numbers of Muslims are anxious about the impact on their societies and keen to avoid any signal that might encourage even more desperate people to set sail across the Mediterranean for Europe. 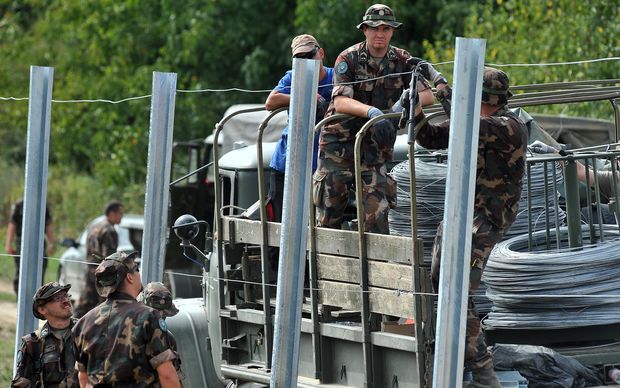 Hungarian soldiers put up fences on a border crossing with Croatia. Photo: AFP

Ministers had hoped to achieve consensus at Tuesday's meeting rather than ramming through a vote in which the easterners would be in the minority, fearing this could further poison relations.

It is unusual for an issue like this, which involves national sovereignty, to be decided by majority vote rather than unanimous decision.

A diplomat from one of the countries opposed to the plan described the atmosphere around the council table as "terrible", adding: "This is a bad day for Europe."

The matter must now be ratified by EU leaders in Brussels on Wednesday. 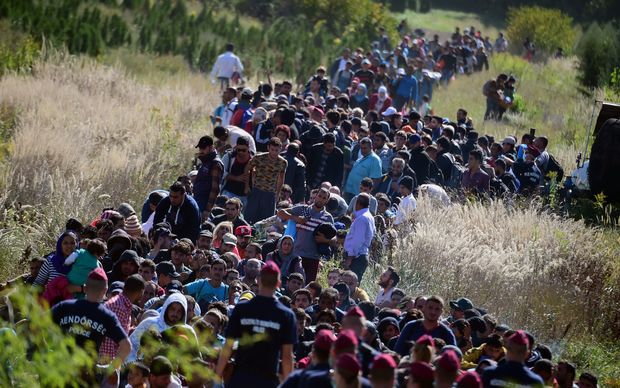