Wisconsin Governor Scott Walker will drop out of the 2016 US presidential race, according to US media reports. 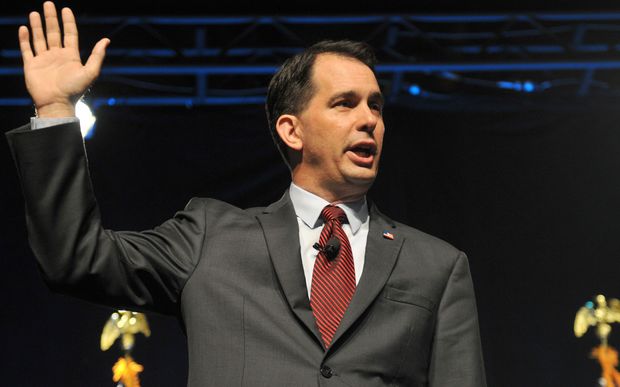 Mr Walker is dropping out of the race because of dwindling campaign donations, three Republicans close to him told the New York Times.

He topped polls in the beginning of 2015 but lost popularity as Donald Trump began to dominate the race.

A recent CNN poll showed he had support of less than 0.5 percent of Republican primary voters.

More than a dozen Republicans are vying to be the party's White House nominee in 2016.

Calls for Carson to quit

Meanwhile, calls are growing for fellow Republican Ben Carson to quit the 2016 race after he said a Muslim should not be president.

Muslim-American groups, among others, have said these views make him unqualified to run himself.

Mr Carson, a Christian, made the comments on Sunday, adding that Islam was inconsistent with the Constitution.

Iowa will be the first state to choose its candidate from each party on 1 February, and is seen as a key indicator for the race ahead. Other states hold primaries in the following weeks and months.

By next summer, each party will have a presidential nominee who will do battle in the race for the White House.

Votes will finally be cast in November 2016.