Authorities in central Japan have ordered tens of thousands to flee their homes after rain flooded rivers and triggered landslides, with one person missing after a mudslide buried houses. 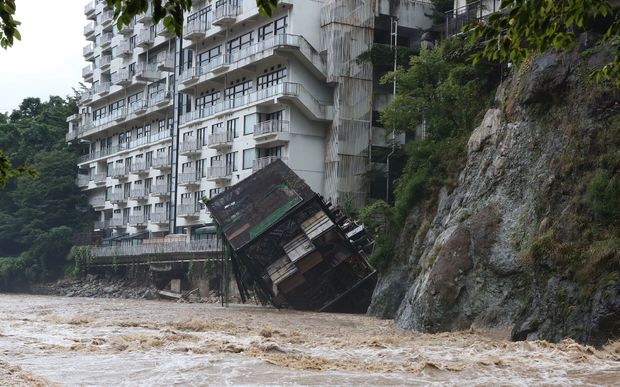 A hotel building falls into the floodwaters at Nikko mountain resort in Tochigi prefecture. Photo: AFP

At an emergency media conference, it said the scale of the downpour has not been experienced before and it warned of grave danger.

Authorities in Tochigi prefecture have ordered more than 90,000 residents to evacuate, while another 80,000 were advised to leave their homes.

The swollen Kinugawa River in Joso city, northeast of Tokyo and home to 65,000 people, burst its banks.

Some people were left clinging to the roofs of their houses, waiting for helicoptors to rescue them. 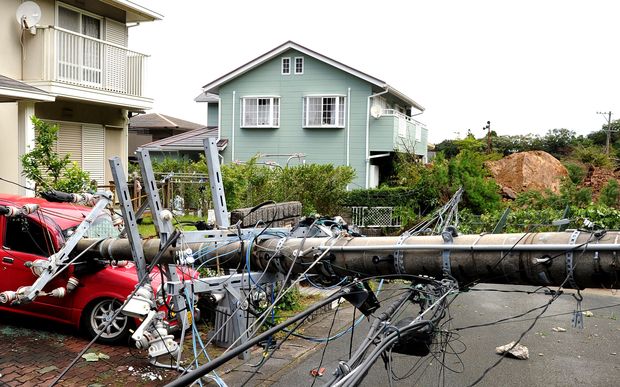 A utility pole crushed a car when it fell due after a landslide. Photo: AFP