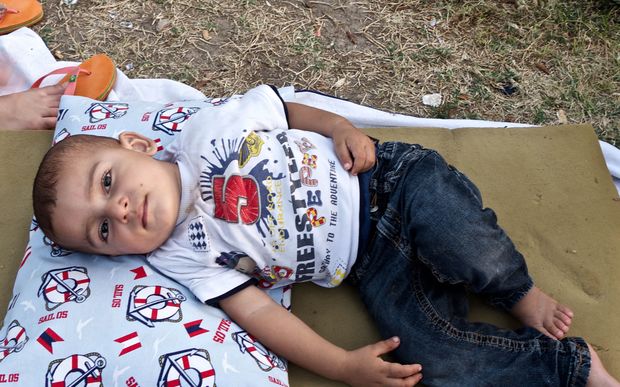 It comes after a surge of thousands of mainly Syrian migrants pushed north through Europe in recent days.

Mr Juncker told the European Parliament it was "not a time to take fright".

He was heckled by British anti-European Union politician Nigel Farage but dismissed his comments as "worthless".

Germany, the main destination for many migrants and refugees, supports quotas but some EU countries oppose a compulsory system.

Hungary - a key point on a migrant route - has been warned to expect an additional 40,000 migrants by the end of next week.

Mr Juncker's plans were set out in a "state of the union" annual address in which he outlined the priorities of the European Commission.

He opened his speech by admitting the European Union was "not in a good situation... There is a lack of Europe in this union, and a lack of union in this union".

He said tackling the crisis was "a matter of humanity and human dignity".

"It's 160,000 refugees in total that Europeans have to take into their arms, and I really hope that this time everyone will be on board - no rhetoric, action is what is needed," Mr Juncker said.

The proposals will be discussed by EU home affairs ministers on 14 September in Brussels.

The new plans - for an extra 120,000 migrants or refugees - would relocate 60 percent of those now in Italy, Greece and Hungary to Germany, France and Spain.

The numbers distributed to each country would depend on GDP, population, unemployment rate and asylum applications already processed.

Countries refusing to take in migrants could face financial penalties.