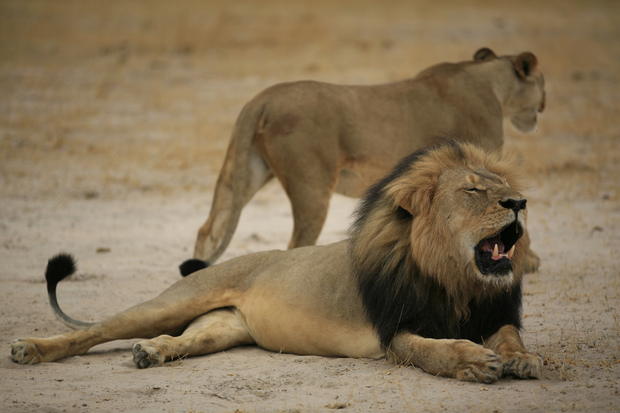 Speaking in his first interview since the July killing of Cecil the lion, Walter Palmer said he had been unaware of the animal's significance.

He also revealed that there had been "some safety issues" for his family.

Zimbabwe has said it wishes to extradite and prosecute Mr Palmer.

Speaking publicly for the first time about the incident, he told the Associated Press and Minneapolis Star Tribune that he had acted legally, but said that if he had known who the animal was he would not have killed it.

"If I had known this lion had a name and was important to the country or a study obviously I wouldn't have taken it," Mr Palmer said. "Nobody in our hunting party knew before or after the name of this lion." 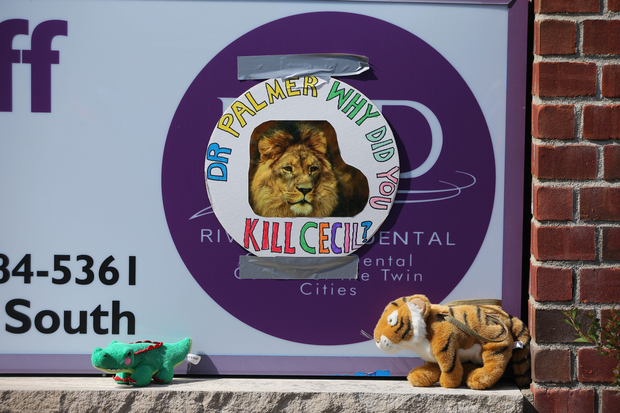 The Minnesota dentist admitted that he wounded the lion with an arrow but denied that it had subsequently taken 40 hours to track down and kill it. He also denied claims by the Zimbabwean authorities that it had been killed by a gun, saying that an arrow had been used.

The 55-year-old is believed to have paid $US50,000 to hunt a lion in Zimbabwe's largest game reserve.

Mr Palmer was forced to cease working following protests outside of his dentistry practice.

He said he intended to return to work because "my staff and my patients support me and they want me back".

However, he denied that he had been forced into hiding for his own safety.

"I've been out of the public eye. That doesn't mean I'm in hiding," adding: "I've been among people, family and friends".

Mr Palmer did reveal that his wife and daughter had faced intimidation.

"They've been threatened in the social media, and again … I don't understand that level of humanity to come after people not involved at all," he said.

An avid hunter who had previously visited Zimbabwe four times, he did not rule out returning to the country,

"I don't know about the future," he said.

"Zimbabwe has been a wonderful country for me to hunt in, and I have always followed the laws."