Scientists say they have developed a way of testing how well, or badly, your body is ageing.

They say it could help predict when a person will die, identify those at high-risk of dementia and could affect medicine, pensions and insurance. 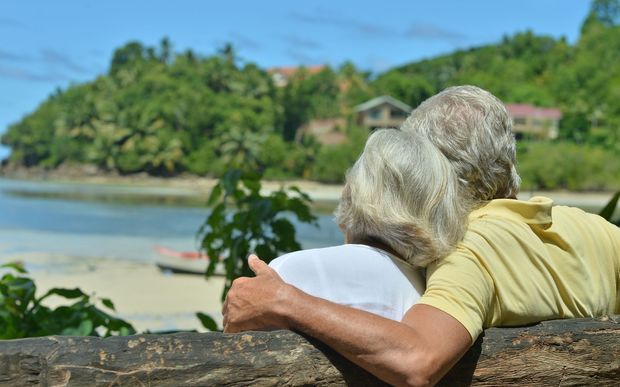 The team at King's College London say looking at "biological age" is more useful than using a date of birth.

However, the work, published in Genome Biology, provides no clues as to how to slow the ageing process.

The test looks for an "ageing signature" in your body's cells by comparing the behaviour of 150 genes.

It was developed by initially comparing 54,000 markers of gene activity in healthy, but largely sedentary, 25 and 65-year-olds and then whittling them down to a final 150.

Prof Jamie Timmons, from King's College London, told the BBC News website: "There's a healthy ageing signature that's common to all our tissues, and it appears to be prognostic for a number of things including longevity and cognitive decline.

"It looks like from the age of 40 onwards you can use this to give guidance on how well an individual is ageing."

The team said "health" and "age" were two separate entities.

And while some lifestyle decisions, like spending all day on the sofa, could be bad for your health, they do not appear to affect the speed your body ages.

The team believe combining lifestyle factors and your biological age would give a more accurate picture of your health.

The researchers tried the test out on samples from a group of 70-year-old men in Sweden.

There are plans to pilot the test in organ transplants in the UK to see if people who are technically old, but have a young "biological age", can still donate organs safely.

The researchers say it could also alter cancer screening, with people who are ageing rapidly needing to be screened at a younger age.

Prof Simmons said the test would also form a "useful tool" in predicting the onset of dementia.

He said that it could be used in conjunction with other checks to identify those at highest risk of developing the neurodegenerative disease and to enrol them in clinical trials.

"What we really need now are tools to identify those most at risk in 10, 20 years time and I think that's where this research will really have an impact," he added.

The research group at King's are aware that being able to check your biological age could have wide-ranging consequences from pensions to insurance premiums.

Prof Simmons told the BBC: "It raises a number questions, no doubt, and strenuous debate, but we are judged by our age already so this might be a smarter way of doing it.

"You might decide not to pay so much into your pension and enjoy your life as it is now."

Dr Neha Issar-Brown, from the UK's Medical Research Council, said: "This new test holds great potential as with further research, it may help improve the development and evaluation of treatments that prolong good health in older age."

Dr Eric Karran, from the charity Alzheimer's Research UK, said: "One of the biggest questions in human biology is how we age, and how this process impacts our wider health and risk for conditions like Alzheimer's.

"There is much interest in developing a blood test for diseases like Alzheimer's but such a test would need rigorously validating to show it was accurate and sensitive before it could be used in the clinic."