The current El Nino weather phenomenon could be one of the strongest on record, according to the World Meteorological Organization (WMO). 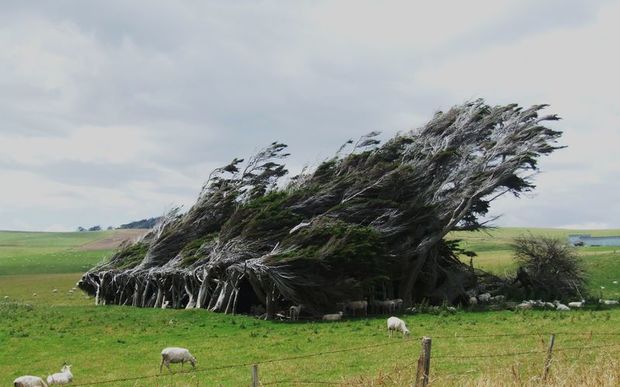 This year's El Nino event is expected to bring wet weather to the west, while drying out the eastern regions of New Zealand. Photo: AFP

The event occurs when the waters of the Pacific become exceptionally warm and distort weather patterns around the world.

NIWA predicts there is now about a 95 percent chance that an intense El Nino weather pattern will persist in New Zealand into spring and summer. It is expected to bring strong westerly winds that will dry out the eastern areas of the country.

Warning bells are now ringing on an international level, with WMO researchers expecting parts of the Pacific to be 2°C warmer than usual.

The WMO said that this year's event was strengthening and would peak by the end of this year.

Scientists said that the event now underway was sending sea temperatures in parts of the Pacific to levels not seen since the late 1990s.

In a statement the WMO said that this El Nino was gathering strength.

"Models and expert opinion suggest that surface water temperatures in the east-central tropical Pacific Ocean are likely to exceed 2°C above average, potentially placing this El Nino event among the four strongest events since 1950," it said.

The WMO said that patterns of cloudiness and rainfall near the international dateline developed during the second quarter of this year and had been well maintained.

These patterns were considered essential in triggering El Nino's global climate impacts, which are more likely to be felt over the next six to eight months.

"Compared to the last major El Nino event in 1997-1998, there is much more information available," said Maxx Dilley from WMO.

"We have better models and are much more prepared."

"It is a test case for the early warning systems and climate information systems of WMO members and we are hoping that will be of assistance to some of the affected countries," said Mr Dilley

The phenomenon can alter established weather patterns in different parts of the world, bringing severe drought to parts of Asia while at the same time bringing heavy flooding to some parts of North America. It can increase flooding in the Horn of Africa while making Southern Africa drier.

The events are likely to lead to a decrease in storm events in the Atlantic and the Gulf of Mexico and an increase in storminess in the eastern Pacific.

This El Nino has also impacted the South Asian monsoon.

"We are seeing that the Indian monsoon right now is almost 12 percent below normal. There is only a month left of the summer monsoon season making it difficult to recover," said WMO's El Nino expert Rupa Kumar Kolli.

"That was the kind of early warning information we can extract from the El Nino signal and it helps policy makers to prepare," he said.

The Pacific is also seeing a surge of hurricane activity, with three category four strength tropical storms swirling around the Hawaiian islands.

Researchers say that these hurricanes can disrupt the predominant easterly trade winds that are found along the equator. This disruption allows more heat to build up in the eastern part of the Pacific, adding more fuel to stormy conditions.

But researchers cautioned that the scale of impacts, especially in the northern hemisphere, was very hard to read because there was also an Arctic warming effect seen in the Atlantic jet stream.