The new film 45 Years features an explicit scene involving older actors - why is this so rare? 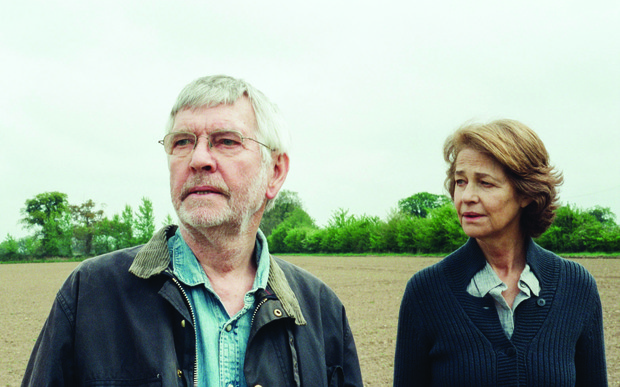 A married couple are in crisis when news of the husband's ex-girlfriend surfaces unexpectedly. Trying to put the matter behind them, they drink wine and chat. When they go upstairs later, the husband suggests making love, which they haven't done in a while. Sex follows.

The scenario is from director Andrew Haigh's new film 45 Years, whose stars won the Silver Bear acting prizes at this year's Berlin Film Festival. What makes this sex scene unusual is that the couple, played by Charlotte Rampling and Tom Courtenay, are in their late sixties and early seventies.

This scene "is absolutely pivotal to the film," says Andrew Haigh. "But it's been funny watching it in awkward silence at screenings because audiences do think that when Charlotte's character Kate shuts the bedroom door, that that is the end of it. But no, we carry on. The concept that as we grow older we no longer have sexual feelings is to me, a man of 42 years old, a sad state of affairs."

The scene is what makes 45 Years an anomaly, because when it comes to the bedroom habits of people of pensionable age, film-makers have tended to keep the door shut.

Until a few years ago, mainstream films featuring elderly people having relationships at all were rare - then came Michel Haneke's Oscar and Palme d'Or winner Amourin 2012. At the same time there were crowd-pleasers like The Best Exotic Marigold Hotel and Quartet. 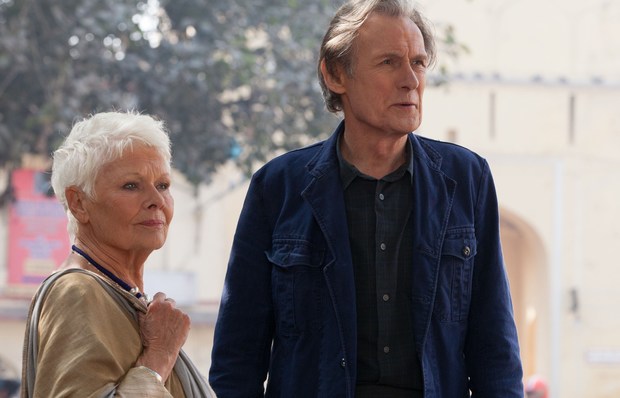 However, though love might blossom among septuagenarians, the cameras never intruded on any consummation - the message seeming to be that none was possible.

"45 Years is a marvellous film and it shows this older couple as interesting individuals, engaged with the world, with active social lives, and so it follows that they might be sexually active as well," Wendy Mitchell, contributing editor to trade daily Screen International, points out. "It's important that the sex scene is realistic, it's not fake and glossy, it's Tom Courtenay's ageing body in his underpants. But it's not played for laughs, and that's crucial, because older people having sex shouldn't be a joke."

Yet comedy is often the way Hollywood deals with older lovers. 2003's Something's Gotta Give does actually include a sex scene between the protagonists, played by Diane Keaton and Jack Nicholson, but the joke is that Nicholson's character, ordinarily only interested in younger women, has to use Viagra.

Another comedy, It's Complicated (2009) keeps the rejuvenated sex life a pair of ex-spouses, played Meryl Streep and Alec Baldwin, almost entirely off-screen. But Baldwin and Streep were only in their fifties at the time of filming - as was Diane Keaton in Something's Gotta Give: hardly elderly. 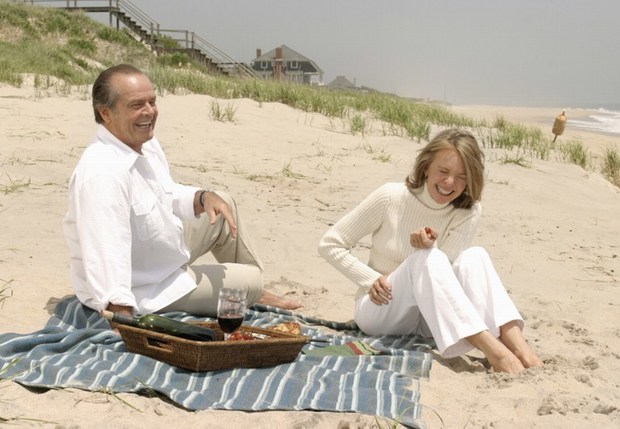 Meryl Streep also co-starred with Tommy Lee Jones in romantic comedy Hope Springs (2012), about a woman trying to put the sparkle back into her relationship and her sex life with her husband, but generally, as Marco Weijers, film editor at the Dutch daily newspaper De Telegraaf puts it, "we like the idea that we can all still do it until we're old, but we usually don't want to see the ropes of doing it."

Mitchell calls the idea of later-life sex on screen "a taboo because it's so rare" and Andrew Haigh has his own theory about why audiences can react with shock, and even disgust. "The warped view we have comes from when we are very young, I think, and our first relationships with older people are usually our grandparents. They just, for the most part, don't ever talk about sex, so I think we just don't understand the need or desire even existing."

Even deeper than this, suggests Dr Rebecca Jones, a lecturer specialising in older sexuality at the Open University in the UK, is that humans have what she calls "a psychological glitch - which is almost always down to us thinking about our parents or grandparents having sex. We make the mental association and we can recoil from it.

"You'd think we'd be smarter about it as nearly all of us are going to be old one day, but of course we also subscribe to a youthful standard of beauty, and hold up the gold standard of sex as between people in their twenties," she says.

The idea that to desire sex into middle age and beyond is somehow repellent has endured since antiquity; Aristophanes was writing about 'the cougar' long before Courtney Cox; in his comedy The Assembly women, from 391BC, women take over the Athenian parliament and pass a decree that if a man wants to go to bed with a younger woman, he is forced to make love to an older one first.

Geoffrey Chaucer was portraying a familiar stereotype in The Merchant's Tale from the Canterbury Tales - the old man silly enough to think he could satisfy a young wife. This storyline is still with us, but generally men have it slightly easier in cinema than women - Sean Connery (70) was seriously entertained as a love interest for Catherine Zeta-Jones (30) in 1999's Entrapment. 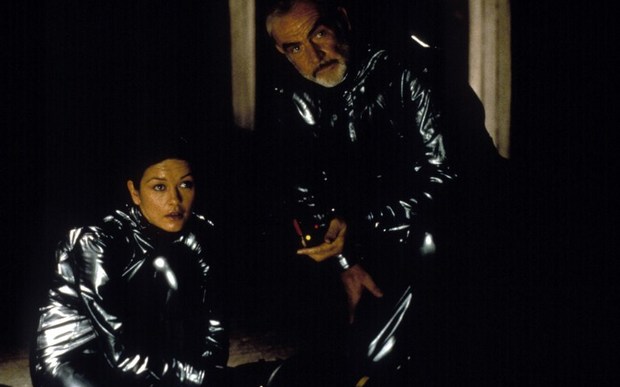 The disgust that an actual elderly woman's body, showing the wear and tear of time, can provoke in society is seen most clearly in Harold and Maude (1971), a film made by Hal Ashby at the height of the hippie era. Harold, a young man obsessed with death, meets 79-year-old Maude at a funeral. He is enchanted with her zest for life, but a priest tells Harold: "I would be most remiss if I did not tell you that the idea of… your young, firm body commingling with her withered flesh... it makes me want to vomit."

Clare Binns, the director of programming at Picturehouse, an independent chain of cinemas and film distributor in the UK, believes that Anglo-Saxon reticence, which also permeates Hollywood, has something to do with it.

When it comes to showing a fulfilled sex life at any age, "European cinema has always been bolder than the largely prudish British," she says. "I am reminded of Fanny Ardant in Bright Days Ahead - a woman having an affair with a man 20 years her junior."

Catherine Deneuve also hooks up with a much younger man in last year's road trip film On My Way, but De Telegraaf's Marco Weijers thinks even European art house struggles to show realistic sex scenes in which both actors are elderly.

"German director Andreas Dresen made a fairly explicit film called Cloud 9 featuring lovers in their sixties and seventies, which showed at Cannes in 2008. There is also a Dutch documentary released last year called 69: Love Sex Senior which portrays people in their seventies and eighties with an active sex life. That's about it.

"But because seeing this confronts us all with getting older, my educated guess is that even older viewers prefer to watch a sex scene with younger people in it -it makes them forget that they're not young anymore."

Can baby boomers, many of which have totally different expectations of life to the generations gone before them, reverse this preference? Perhaps -Liam Neeson and Helen Mirren are still considered attractive and active enough to be action stars in their sixties. Meryl Streep is still a sexy 60-something rock musician in her latest film Ricki and The Flash. Will it take one of them stripping off, a "50 Shades of Grey with Sigourney Weaver" as Clare Binns puts it, to make audiences embrace older flesh?