The death toll from the explosion at a Hindu shrine in Bangkok has risen to 21, and the number of people injured stands at more than 120. 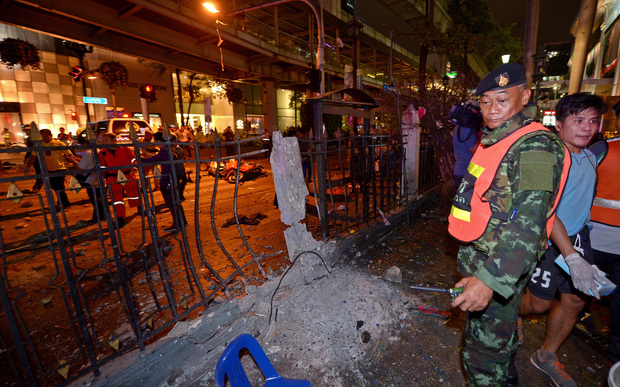 A bomb exploded late on Monday at the Erawan Shrine, which was crowded with worshippers and tourists. Located on a busy corner near top hotels, shopping centres, offices and a hospital, it is a major attraction, especially for visitors from East Asia, including China. Many Thais also worship there.

Police have confirmed the 21 people killed in the blast included 10 Thais, one Chinese and one Filipino citizen.

No-one has yet claimed responsibility for the attack.

Were you in Bangkok when the blast occurred? Email your story, pictures or video to: iwitness@radionz.co.nz

Defence Minister Prawit Wongsuwon said the bombers had "targeted foreigners... to damage tourism and the economy".

"We will hunt them down," he said.

The Thai Prime Minister said authorities were looking for a male "suspect" seen on CCTV footage near the site of the blast.

Prayuth Chan-ocha told reporters it was not clear who the suspect was.

The Nation TV channel quoted Mr Chan-ocha as saying the government would set up a "war room" to co-ordinate its response.

A New Zealand man who was one of the first to arrive at the scene of the explosion has described the carnage caused by the attack. 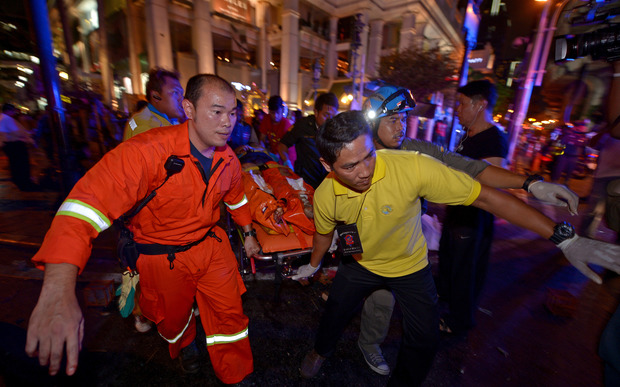 Rescue workers carry one of the injured from the scene of the explosion. Photo: AFP

Marko Cunningham, 47, who is originally from Upper Hutt, works as a teacher by day and a volunteer for the Bangkok Free Ambulance service at night, and said he arrived at the shrine to find a "horrific scene".

"I walked into the shrine, which is an open shrine, and there were just bodies everywhere, just everywhere. I was kind of in shock," he told Morning Report.

"Somebody said a bomb went off. So then me and 10 other guys started going through the bodies finding out who was alive and who wasn't and then administering first aid to those that... still had pulses, and by that time the ambulances started arriving and we were just triaging them into the ambulances.

"There were people still alive under other people," he said. "We were just taking bodies off people who were still alive." 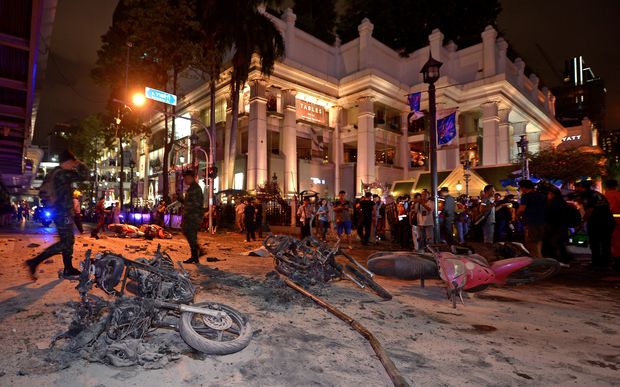 Soldiers at the scene after a bomb exploded outside a religious shrine in central Bangkok. Photo: AFP 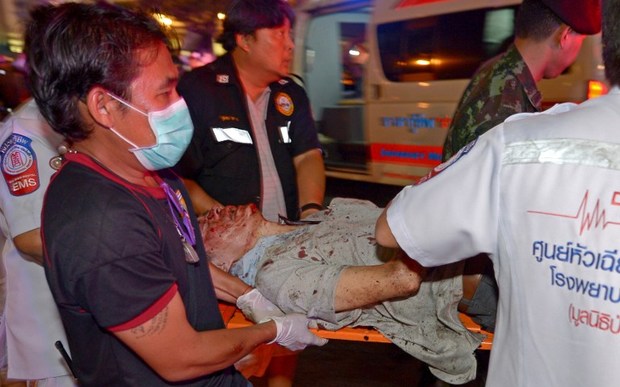 Scores were wounded in the explosion. Photo: AFP

The explosion occurred at about 6.30pm local time when the shrine, close to upscale shopping malls, was crowded with people.

The Bangkok Post quoted police as saying that 3kg of TNT had been stuffed in a pipe inside the shrine and that an electronic circuit suspected to have been used in the attack was found 30 metres from the scene. Other reports said the device planted on a motorbike.

Police checked the area for other devices but no further bombs have been found, the paper said. 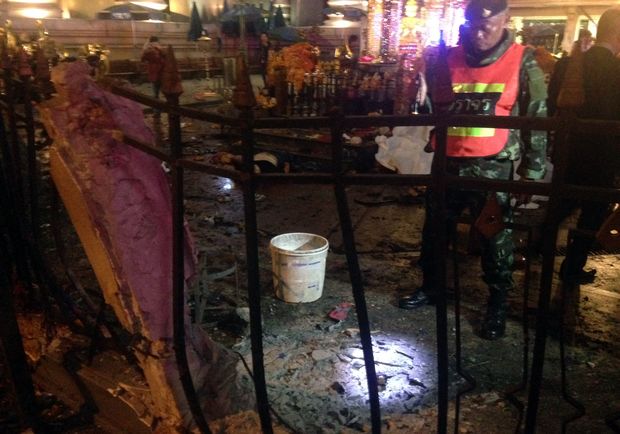 Thailand has endured a decades-long Muslim insurgency but this has been largely confined to the south of the country and attacks rarely take place elsewhere.

But Bangkok has seen a decade of sometimes violent rivalry between political factions.

Occasional small blasts have been blamed on one side or the other. Two pipe bombs exploded outside a luxury shopping mall in the same area in February, but caused little damage. Police said that attack was aimed at raising tension when the city was under martial law. 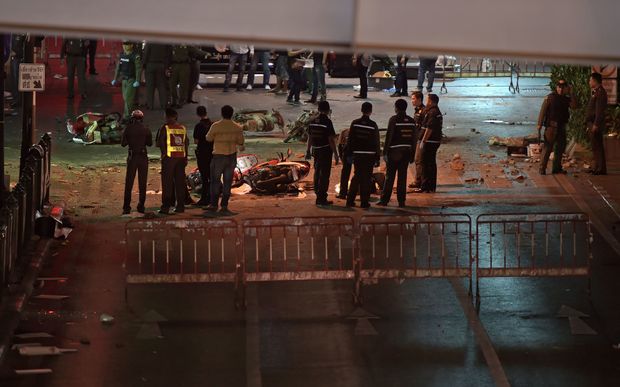 Police and soldiers at the scene of the deadly explosion. Photo: AFP

The military took over ruling the country in May last year, removing an elected government following months of unrest. The capital has been relatively calm since then.

The shrine intersection was the site of months of anti-government protests in 2010 by supporters of ousted former Prime Minister Thaksin Shinawatra. Dozens were killed in a military crackdown and a shopping centre was set ablaze. 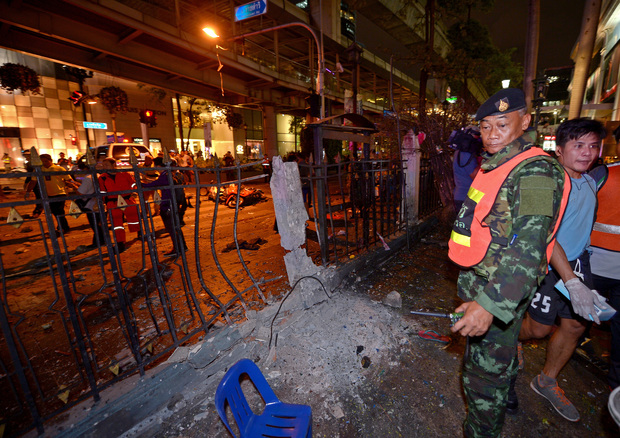 Information for New Zealanders in Thailand

Prime Minister John Key said to the best of his knowledge, no New Zealanders had been identified as having been killed or injured in the blast.

He called it a "deplorable action", which New Zealand condemned.

Mr Key said there were about 470 New Zealanders in Thailand at the moment and the Government was doing its best to contact them.

The Ministry of Foreign Affairs and Trade said New Zealand's Embassy in Bangkok was still trying to confirm the nationalities of those killed and injured in today's deadly bomb blast.

The ministry had updated its travel advice for Thailand since the attack.

It was still advising caution in most parts of Thailand, including Bangkok, due to the threat of terrorism and potential for violent civil unrest.

It said New Zealanders in the Thai capital should keep away from the downtown area, be highly vigilant and take heed of instructions from local authorities on how to stay safe.