Ecuador President Rafael Correa has declared a state of emergency over increasing activity at the Cotopaxi volcano near the capital, Quito. 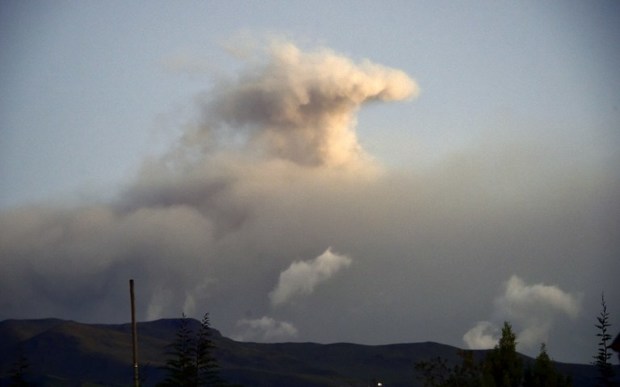 View of an ash cloud from the volcano. Photo: AFP

Officials evacuated several hundred people from nearby villages after the volcano began to erupt on Friday.

Cotopaxi is among the world's most dangerous volcanoes and is prone to fast-moving rock and mud flows.

Small eruptions have already shot ash more than 5km (two miles) into the sky, spreading fine gray powder over as far as the capital 50km (30 miles) to the north.

Authorities have restricted access to the park that surrounds the volcano and barred mountaineers from climbing the snow-capped peak.

Cotopaxi volcano last had a major eruption in 1877.