The Australian government has announced plans to cut carbon emissions by at least 26 percent of 2005 levels by 2030. 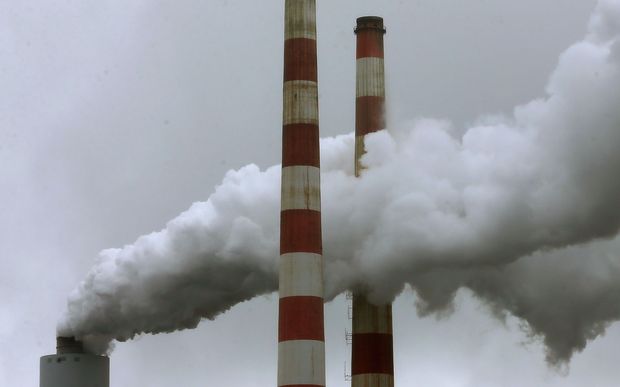 It will take the proposal to an international meeting in Paris at the end of the year that aims to reach a global agreement on emissions reductions.

Australia is currently aiming to reduce emissions by 5 percent by 2020, based on its level of emissions in 2000.

Changing the base year of emissions for the post-2020 target from 2000 to 2005 makes the government's target easier to compare to the US and Canada.

However, 2005 was a particularly high year of emissions - the second highest since 1990 when the Kyoto Protocol began.

The ABC reported that Australia's Federal Cabinet had agreed to set a new target range from 26 percent based on 2005 levels - and said it was believed that could go up to 28 percent depending on the economic impact.

The government argued this would put it in range of countries like Japan, which has a target of 25 percent, and Canada, with 30 percent.

But opposition climate change spokesman Mark Butler said the 26 percent target put Australia at the back of the pack.

"Countries to which we often compare ourselves - like the US and the United Kingdom, Germany, countries like that - all have targets in an equivalent timeframe into the 40 percent range, so 41 percent for America, 48 percent for the UK, mid-40s for Germany."

"It is very important for us to make a strong and responsible contribution to global efforts to reduce emissions, but one which does not detract from our economic prosperity moving forward," he said.

The path to a global climate agreement

In the past year, countries have been announcing "intended nationally determined contributions" for beyond the end of the decade, summarising the emission reduction targets they intend to commit to at the UN's climate summit in Paris in December.

The pledges also form part of a commitment to keep global temperatures from rising 2°C above pre-industrial times (1880).

Currently, temperatures have risen by 0.85°C between 1880 and 2012, according to the UN's Intergovernmental Panel on Climate Change (IPCC).

In July, Australia's Climate Change Authority said if the Australian government was to do its fair share to keep the 2°C commitment, it would need to reduce emissions by 40 to 60 percent by 2030, based on the level of emissions from the year 2000.

This translates to an emissions reduction of 45 to 65 percent from the levels of the year 2005.