Egypt is preparing to open a major expansion of one of the world's greatest man-made sea routes - the Suez Canal. 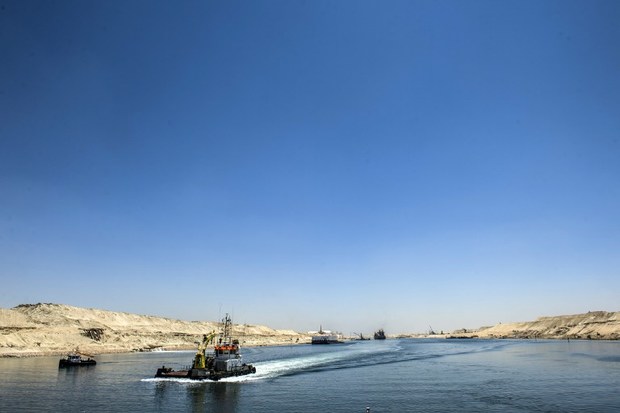 A picture taken on 29 July 2015 shows boats crossing the new waterway at the new Suez Canal in the Egyptian port city of Ismailia, east of Cairo. Photo: AFP

A new canal 35 kilometres long has been dug parallel to the existing waterway, allowing two-way traffic on the canal for the first time, while the original canal has been deepened.

It took a year to build, and has cost $US8.5 billion, financed by state-issued bonds bought by Egyptian members of the public. 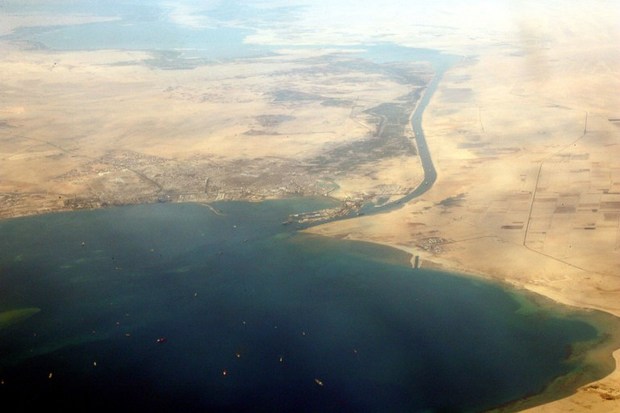 A picture dated on 31 December 2007 shows an aerial view of the southern entrance of Egypt's Suez Canal. Photo: AFP

The waterway is being touted as an achievement rivalling the digging of the original.

The government have been promoting it as the "rebirth of Egypt" and hopes that it will double the waterway's shipping capacity, encouraging more global trade.

The link opened in 1869 and joins the Mediterranean with the Red Sea. 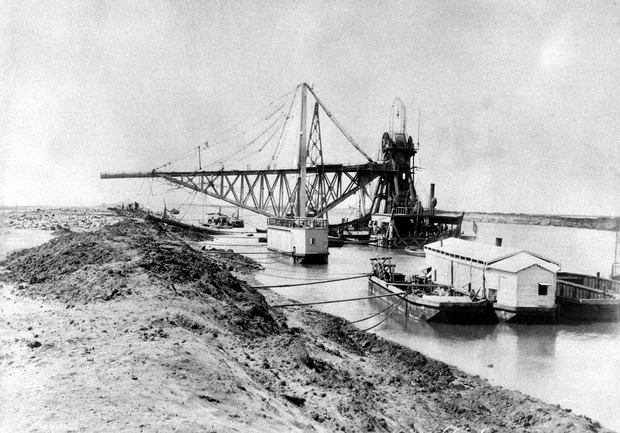 A picture from 1869 shows machinery during the construction of the Suez Canal in Egypt. Photo: AFP

At just over 190 kilometres in legnth, it remains the fastest route between Asia and Europe and accounts for 8 percent of the world's sea trade.

The expansion will be formally opened at a ceremony later today.