An aurora has been spotted outside this solar system for the first time, scientists report. 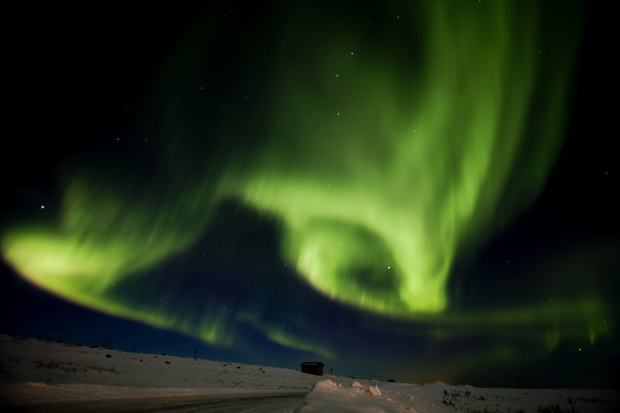 An international team detected the light display around a brown dwarf about 18 light years away in the Lyra constellation. 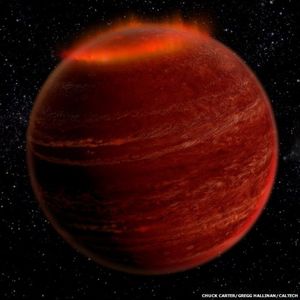 They say the luminous glow looks like the northern lights, but is up to a million times brighter and more red than green in colour.

The findings are reported in the journal Nature.

Dr Stuart Littlefair, an astronomer from the University of Sheffield, said: "This is the first time that we have confirmed we are seeing auroras on brown dwarves."

Auroras, which are some of the Earth's most dazzling displays, can also appear around all the planets in the solar system.

They are caused when charged particles from the sun interact with the atmosphere.

But the illuminated brown dwarf, an object which is too small to have become a star but too massive to be a planet, lies further out in the galaxy.

Called LSR J1835, it was observed using the Very Large Array radio telescope and the Hale and Keck optical telescopes.

The scientists watched the object as it rapidly rotated, and observed how the light varied.

"The brightness changes are consistent with what you would expect from auroras," said Dr Littlefair.

The dwarf's aurora is mainly red in colour because the charged particles are mainly interacting with hydrogen in its atmosphere. On Earth, the greenish glow is caused as the electrons from the sun hit oxygen atoms.

However, scientists are puzzled about how the light show is being generated.

The brown dwarf is a sort of failed star itself, and has no other star like the sun nearby to blast it with charged particles.

"It is possible material is being stripped off the surface of the brown dwarf to produce its own electrons," said Dr Littlefair.

Another option is an as-yet-undetected planet or moon around the dwarf is throwing off material to light it up.

Some of Jupiter's auroras are produced in this way, as charged particles are emitted from volcanoes on its moon Io.

"If you are working in brown dwarves, it matters whether you think of them as small stars or big planets," said Dr Littlefair.

"We already known from observations of brown dwarves that they have clouds in the atmosphere. Now we know they also show auroras, it is yet more reason to consider brown dwarves as scaled-up versions of planets rather than scaled-down version of stars."