An earth-like planet has been discovered beyond the solar system in what NASA scientists call the "habitable zone" around a sun-like star. 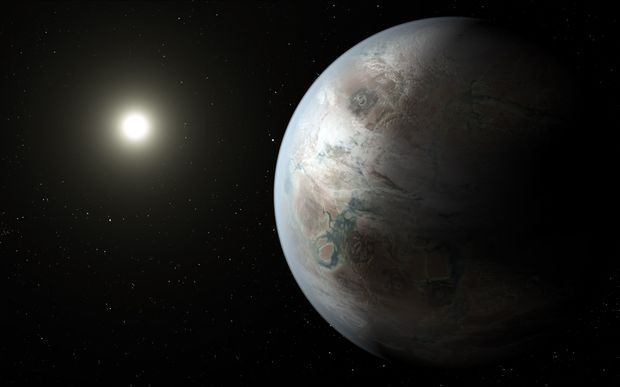 Artist's concept of Kepler-452b, the first almost Earth-size world to be found in the habitable zone of star similar to our sun. Photo: NASA Ames/JPL-Caltech/T. Pyle

It was discovered by NASA's planet-hunting Kepler telescope beyond the solar system.

The planet, known as Kepler-452b, is about 60 percent bigger than Earth and located about 1400 light years away in the constellation Cygnus

"We can think of Kepler-452b as an older, bigger cousin to Earth, providing an opportunity to understand and reflect upon Earth's evolving environment," said Jon Jenkins, who led the team that discovered the planet.

"It's awe-inspiring to consider that this planet has spent six billion years in the habitable zone of its star; longer than Earth.

"That's substantial opportunity for life to arise, should all the necessary ingredients and conditions for life exist on this planet."

The discovery and the introduction of 11 other new small habitable zone candidate planets mark another milestone in the journey to finding another Earth, says NASA.

While similarly sized planets have been found before, the latest one is circling a star very similar but older than the sun at a distance about the same as Earth's orbit.

It has a 385-day orbit around the star, and is at a distance where liquid water could exist, raising the possibility it could host some form of life.

The planet's mass and composition have not yet been determined. 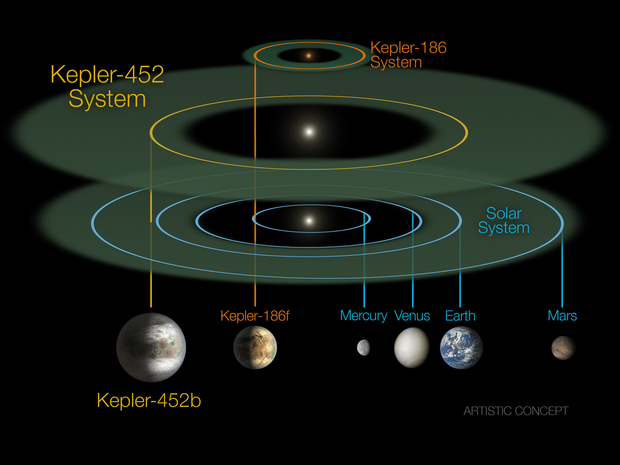 The orbit of Kepler-452b, at 385 days, is nearly the same as that of Earth. Photo: NASA/JPL-CalTech/R. Hurt