Reddit.com calls itself the "front page of the internet". It's also one of the world's biggest websites. So when it seemingly starts melting down, that's big.

For all the nasty and stupid, Reddit was a bastion of freedom online. The school marms will not control the internet. #RedditRevolt

Reddit is a social networking site where people submit content like text posts, pictures, or links to other websites. Other people then comment on them, and up or down-vote the submissions - more popular submissions feature higher in the various areas of the site (called subreddits).

Anyone with an account can vote or comment, so 'redditors' often consider it a bastion of free speech. It has hosted "Ask Me Anything" (AMA) posts with unusually-candid celebrities, including President Barack Obama. But it has also been involved in controversies like subreddits dedicated to "jailbait", innocent people being identified as the masterminds behind the Boston bombing, and the theft of intimate photos of celebrities.

It has occasional flashes of brilliance like this subreddit on life in New Zealand, but there's also one dedicated to a group of men planning to invade Aotearoa.

In November last year, Ellen Pao was appointed Reddit's interim CEO, in part to rehabilitate the company's reputation after those scandals. Pao was in the process of suing her former employer, a Silicon Valley venture capital firm, for gender discrimination - a fight she would lose. 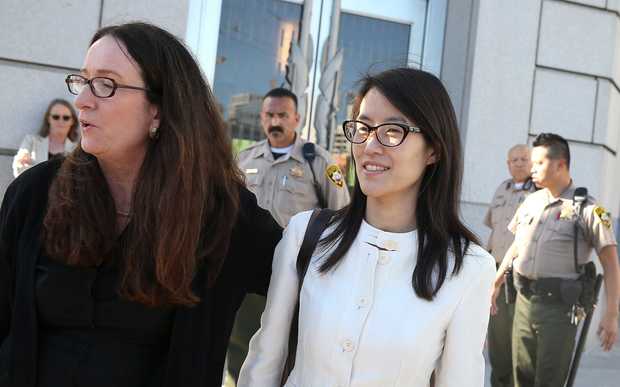 Ellen Pao, right, leaves a San Francisco court with her attorney Therese Lawless after a jury found no gender bias against her in March this year. Photo: AFP

In May, Reddit adopted new policies against harassment, saying "we have been looking closely at the conversations on reddit and at personal safety".

The post lauds the work done by volunteer moderators, and the work they have done to foster "cool and amazing conversations on reddit".

"Unfortunately, not all the changes on reddit have been positive. We've seen many conversations devolve into attacks against individuals... We are also seeing more harassment and different types of harassment as people's use of the Internet and the information available on the Internet evolve over time."

Last month, site administrators announced they would be deleting five subreddits that didn't fit the site's new community values, including one called r/fatpeoplehate. Users called for Pao's resignation, describing the move as totalitarian and comparing Pao to a Nazi.

This weekend, moderators shut down about 300 subreddits, in protest at the mysterious firing of a well-liked employee, Victoria Taylor. Taylor was the site's director of talent and a facilitator of the popular AMAs. Many moderators saw her as their champion, in the face of what they saw as Pao's dismissal of what they bring to the site.

A great sum up of the general mood right now. #RedditRevolt pic.twitter.com/Iuk5mHIurH

One New Zealand Redditor, comedian Tim Batt, writes that the lack of communication between the admin and the moderators is a huge failing that might still be repairable. "What may not be" he writes, "is a drifting from that original guiding principle of (within legal bounds) letting the community dictate its terms. Unpopular subs fade away into obscurity and unpopular mods are outed and de-robed."

Pao, and Reddit co-founder Alexis Ohanian told Time that they haven't handled the situation well. "Now it's on us to act," Ohanian said, "to use Reddit to create a dialogue to better keep our community and user base informed."

Most of the site is now back up, and Pao has apologised directly to the community - participating in her own AMA, and saying Reddit hasn't helped its moderators with better support after many years of promising to do so. "We do value moderators; they allow reddit to function and they allow each subreddit to be unique and to appeal to different communities."

Pao may have won the battle, but many in the reddit community feel she's still waging a war: the principles of freedom of speech and a site run by its users versus the safety of the people it often targets.