There have been ongoing festivities in the Kingdom of Tonga to mark the coronation of King Tupou VI.

The 11-day celebration's highlight was last night, with the King's formal crowning at the Royal Palace Grounds in the capital, Nuku'alofa. 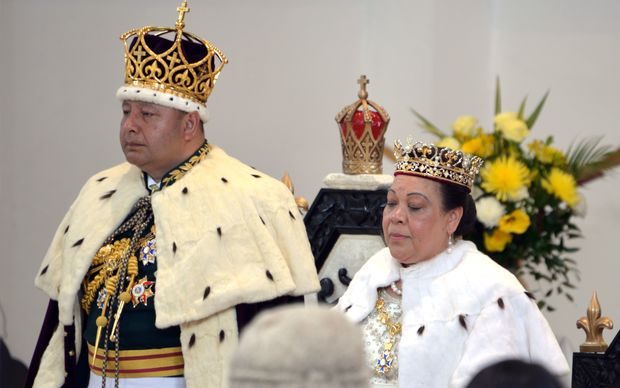 Heads of state and dignitaries from around the world are in the Tongan capital for the coronation.

The celebrations began last Saturday with an ancient Kava ceremony and the presentation of traditional gifts from local chiefs.

Festivities continued on Wednesday with more than 3,500 school children marching in the red and white colours of the National flag at the country's main sports ground, Teu Faiva Stadium.

They chanted, "Long live the King!" as they saluted King Tupou VI.

"I got to sit right there and the King was right in front of me," she said.

"It was an awesome feeling - the King was right there." 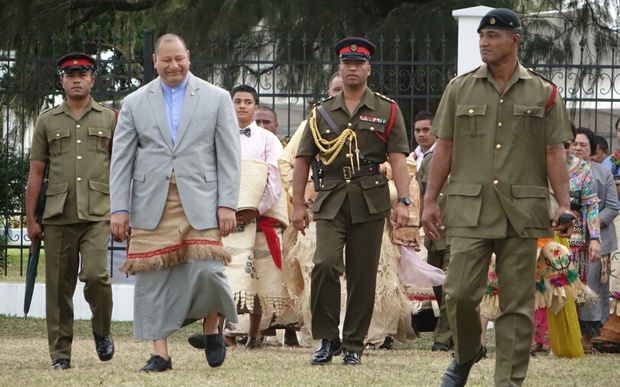 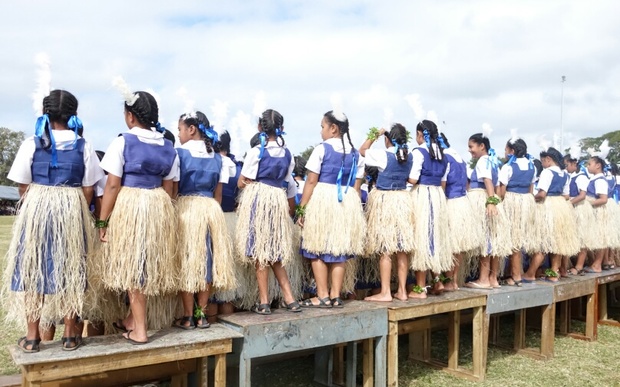 Children have been full of excitement over the coronation. Photo: RNZ/Indira Moala

With the country's monarchy dating back more than 1,000 years, honour for the royal family is heavily ingrained in many Tongans, who take pride in being the only monarchy left in the Pacific.

'Ofa Taufo'ou from Auckland, is among many overseas visitors, who travelled back home for the Coronation.

"We value our King and our Queen, our culture. I can't have the words to explain how it means to me to have a royal head and to have this occasion," he said. 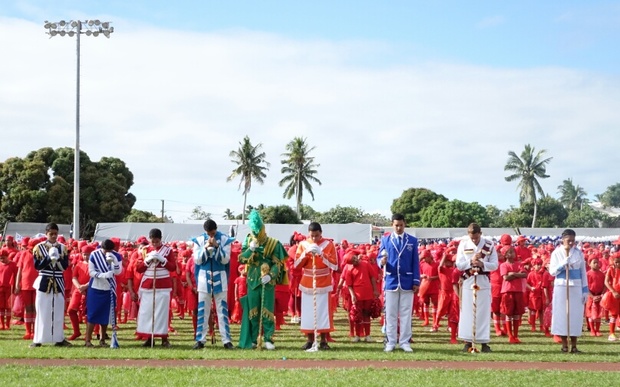 Tourist operators say a huge number of visitors have flooded into the country for the celebration. Photo: RNZ/Indira Moala

The crowning of the last king in 2008 brought an estimated 5,000 visitors to the country.

But local tourist operators are saying the number of visitors this year has exceeded that by far.

Kolotita Lolesio from the Friends Cafe said their business has experienced a 90 percent increase in sales this week.

"It's very busy, like the last coronation but this one is much more busier than the last one - much more like double or triple."

Over the past few weeks, every village, church and school in Tonga has been presenting their hala, a traditional gift offering of food, mats and money, to the Royal family. 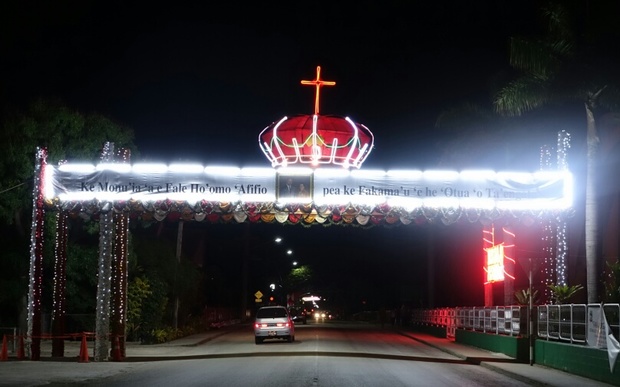 Traditional offerings have been made to the Royal family. Photo: RNZ/Indira Moala

Kolotita Lolesio said the coronation was hugely significant for the people.

"Everyone here in the Kingdom prepared, cleaning up their homes - they're very happy, very excited. It's very important."

With the majority of Government seats traditionally held by nobility, this is the first coronation that has been hosted by a more democratically-elected parliament and with a commoner, 'Akilisi Pohiva, as Prime Minister.

"It's a new coronation in the sense that it's a new era now that we have more democratically elected government and the government is prepared to host an exciting event meaning that it's the people who are involved in government now."

They were entertained with cultural performances from local village groups.

The celebrations officially end on Tuesday with a Military Tattoo performance.