Europe is in the midst of a heatwave with the UK recording its hottest July day on record, with temperatures hitting 36.7°C.

The Met Office said the reading had been registered at Heathrow - breaking the previous record set in 2006.

A level 3 "heatwave action" heat-health alert has been declared for all parts of England. 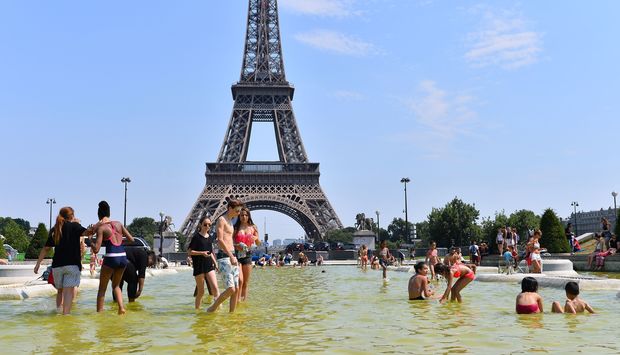 Parts of Europe have been hit by temperatures reaching above 40°C, leading to concerns for the welfare of the young, the elderly and vulnerable.

Spain and Portugal are already on alert after temperatures reached as high as 44°C in the Spanish city of Cordoba earlier in the week.

The hot weather has now reached France, Italy, Belgium and the Netherlands.

Paris registered temperatures of 40°C bringing back painful memories of the heat wave in 2003, that killed nearly 15,000 people. Officials in the French capital have opened special air-conditioned rooms to the public and are checking on the elderly.

In Spain, warnings have already been issued to more than 40 provinces and a red alert given to the southern city of Cordoba. Neighbouring Portugal has also placed four regions on an orange alert, the second highest level possible.

People cool off at a fountain in Amsterdam. Photo: AFP

Both countries have warned that the searing heat will substantially increase the risk of forest fires.

The high temperatures are likely to stay for a few more days.

In the UK motorists on the M1 in Derbyshire faced delays after a lorry carrying batteries burst into flames, causing the motorway to be temporarily closed in both directions.

Wimbledon spectators - who had been covering their heads with umbrellas, newspapers and towels - were advised to wear hats.

London was hotter than Rome and Athens, according to figures collated by the Met Office,

Network Rail in the UK instructed train companies to slow down at vulnerable locations where tracks could buckle because of the heat. 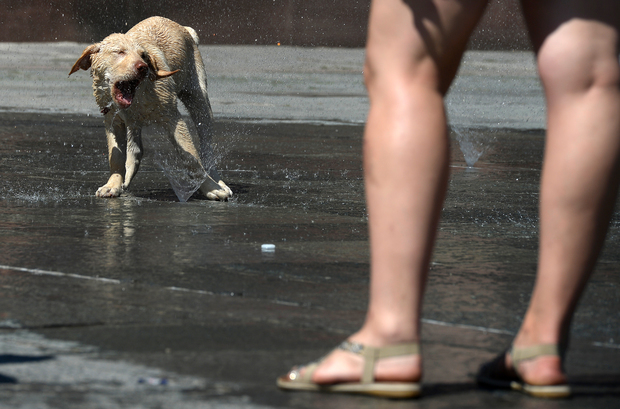 A dog cools off in a fountain in Paris. Photo: AFP