European leaders have been lining up to warn the Greek government that it is putting the future of Europe at risk, with its behaviour over the debt crisis.

German Chancellor, Angela Merkel, said the door was still open to negotiations with Athens, but the government must compromise and Irish prime minister, Enda Kenny, said Greek leaders were making unreasonable demands on the rest of the EU.

But the strongest criticism came from President of the European Commission, Jean-Claude Juncker who said he feels "betrayed" by the "egotism" shown by Greece in failed debt talks.

He said Greek proposals were "delayed" or "deliberately altered" but added the door was still open to talks.

Along with several other European leaders, he has urged a yes vote in the snap referendum called for Sunday.

Global stock markets saw big falls on Monday after the weekend's events which saw Greek banks close for a week. 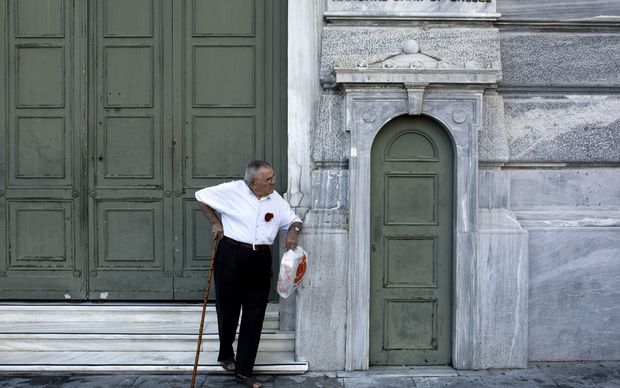 Greece risks bankruptcy if it does not make a payment to the IMF tomorrow. Photo: AFP

Mr Juncker said the talks had been broken "unilaterally" by the announcement from Greek Prime Minister Alexis Tsipras that he was calling a referendum.

The Greek government responded to Mr Juncker's comments by saying: "An essential element in indicating good faith and reliability in negotiations is sincerity."

Despite the public war of words a Greek official said Mr Tsipras had spoken to Mr Juncker on Friday and asked him to extend Greece's bailout until the referendum.

A critical deadline looms on Tuesday, when Greece is due to pay back €1.6bn to the International Monetary Fund (IMF) - the same day the bailout expires. There are fears of a default and a possible exit from euro. 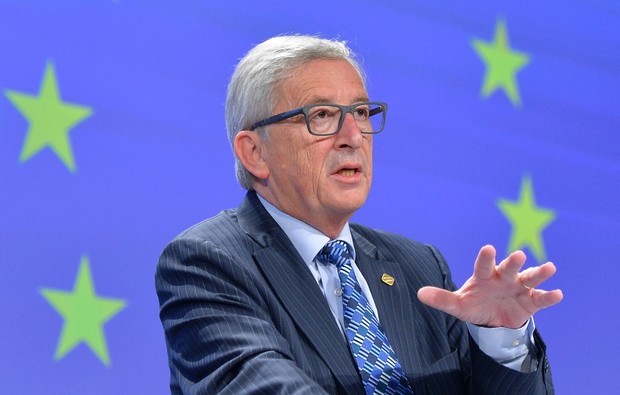 Mr Juncker said that he still believed a Greek exit from the euro was not an option and insisted that the creditors' latest proposal meant more social fairness.

German Chancellor Angela Merkel echoed those comments on Monday, saying Greece had received a "generous offer" but adding she would not be opposed to further talks with Greece after Sunday's vote.

German Economy Minister Sigmar Gabriel said Greek voters would effectively be deciding whether or not they wanted to stay in the eurozone, a view echoed by French President Francois Hollande and Italian Prime Minister Matteo Renzi.

The question which will be put to voters on Sunday will not be as simple as whether they want to stay in the euro or not - instead it asks Greeks to approve or reject the specific terms laid out by Greece's creditors:

"Should the agreement plan submitted by the European Commission, European Central Bank and the International Monetary Fund to the June 25 eurogroup and consisting of two parts, which form their single proposal, be accepted? The first document is titled "Reforms for the completion of the Current Program and Beyond" and the second "Preliminary Debt sustainability Analysis."

On Saturday, the European Central Bank (ECB) decided not to extend emergency finance to the Greek banks, after the breakdown of talks on giving heavily indebted Greece the last payment of its international bailout.

The current ceiling for the ECB's emergency funding - Emergency Liquidity Assistance (ELA) - is €89bn. It is thought that virtually all that money has been disbursed.

Following the ECB announcement, Greece said its banks would remain shut until 6 July. Cash machines are now reopening, but customers can withdraw only limited amounts.

Transport Minister Christos Spirtzis announced that public transport will be free in the Athens area for a week while banks are closed.