Wikileaks is publishing what it says are documents showing that the United States National Security Agency spied on the French president, Francois Hollande, and his two immediate predecessors, Nicolas Sarkozy and Jacques Chirac from 2006-12.

The whistleblower website cites "top secret intelligence reports and technical documents" from the NSA. The US would not confirm the veracity of the documents, while Mr Hollande called a defence council meeting on the issue for Wednesday, an aide said.

In 2013 the NSA was accused of spying on German Chancellor Angela Merkel.

On Tuesday, Wikileaks said it began publishing the files under the heading "Espionnage Elysee" - a reference to the French presidential palace.

It said the secret files "derive from directly targeted NSA surveillance of the communications" of the three French presidents as well as French ministers and the ambassador the ambassador to the US.

One of the files, dated 2012, is about Mr Hollande discussing Greece's possible exit from the eurozone, while another one - from 2011 - alleges that Mr Sarkozy was determined to resume peace talks between Israel and the Palestinians, possibly without US involvement.

It is unclear whether the material comes from data stolen by former NSA contractor Edward Snowden, according to the BBC.

The WikiLeaks files have now been published by France's Liberation newspaper and the [Mediapart investigative website http://www.mediapart.fr/english].

WikiLeaks carried a statement by its founder, Julian Assange, who said: "The French people have a right to know that their elected government is subject to hostile surveillance from a supposed ally.

"French readers can expect more timely and important revelations in the near future." 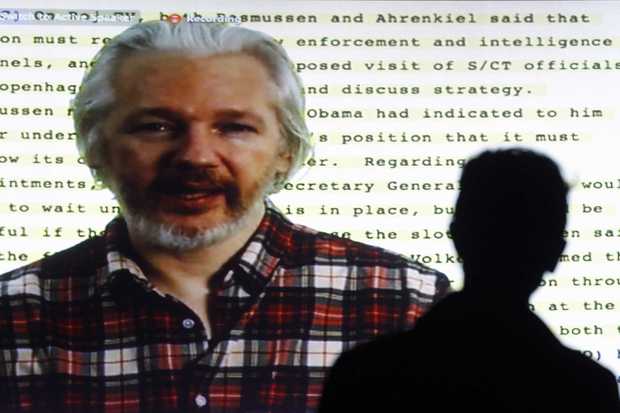 In response to the alleged leaks, National Security Council spokesman Ned Price said: "We are not going to comment on specific intelligence allegations.

"As a general matter, we do not conduct any foreign intelligence surveillance activities unless there is a specific and validated national security purpose. This applies to ordinary citizens and world leaders alike."

He later added: "We are not targeting and will not target the communications of President Hollande. We work closely with France on all matters of international concern, and the French are indispensable partners."

The French presidential aide told AFP news agency that Mr Hollande would hold a defence council meeting "to evaluate the nature of the information published by the press on Tuesday evening and to draw useful conclusions".

"We are not naive, the conversations that took place between the defence ministry and the president did not happen on the telephone," she said.

"That being said, it does raise the problem of the relationship of trust between allies."