A Nobel laureate has resigned from his position as honorary professor at a UK university after he made comments about the "trouble with girls" in science. 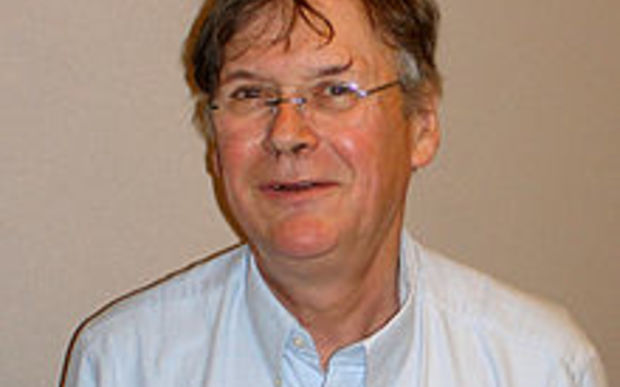 University College London (UCL) said Sir Tim Hunt - a Royal Society fellow - had resigned from his position within its faculty of life sciences.

He told a conference that women in labs "cry" when criticised and "fall in love" with male counterparts.

He told the BBC he "did mean" the remarks but was "really sorry".

A statement from the university read: "UCL can confirm that Sir Tim Hunt FRS has resigned from his position as honorary professor with the UCL faculty of life sciences following comments he made about women in science at the World Conference of Science Journalists on 9 June.

"UCL was the first university in England to admit women students on equal terms to men, and the university believes that this outcome is compatible with our commitment to gender equality."

Sir Tim, 72 - who was awarded the Nobel prize in physiology or medicine in 2001 for his work on how cells divide - reportedly told the conference in South Korea: "Let me tell you about my trouble with girls.

Speaking to BBC Radio 4's Today programme on Wednesday, Sir Tim said he was "really sorry that I said what I said", adding it was "a very stupid thing to do in the presence of all those journalists".

The British biochemist, who was knighted in 2006, said the remarks were "intended as a light-hearted, ironic comment" but had been "interpreted deadly seriously by my audience".

He went on to say he stood by some of the remarks.

"I did mean the part about having trouble with girls," he said.

"I found that these emotional entanglements made life very difficult.

"I'm really, really sorry I caused any offence, that's awful. I certainly didn't mean that. I just meant to be honest, actually."