European warships and coast guard vessels have rescued more than 2,000 migrants off the coast of Libya. 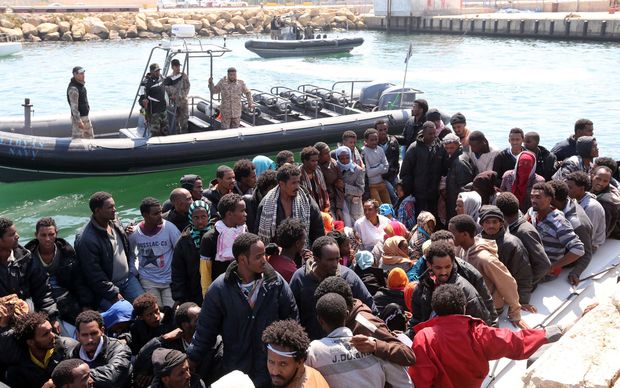 Libyan coast guards watch over illegal migrants, who had hoped to set off to Europe. Photo: AFP

The Malta-based, Migrant Offshore Aid Station, said it coordinated the operation along with Italian, Irish and German ships.

Italy's coastguard could not confirm the numbers, but said it was trying to help around a dozen other vessels.

The HMS Bulwark, a British Royal Navy ship, is also making its way towards Libya to assist with the situation.

The Bulwark had already saved almost 1,800 people over the past month.

Italian navy ship Driade rescued 560 of the migrants yesterday, including women and children, while the Irish vessel Le Eithne picked up 310 people.

The numbers of migrants attempting to cross the Mediterranean in the hope of reaching Europe, has increased by more than 10 percent in the first five months of 2015.