Ten people have been held in China on suspicion of hunting a panda to sell its fur and meat, Chinese state television says. 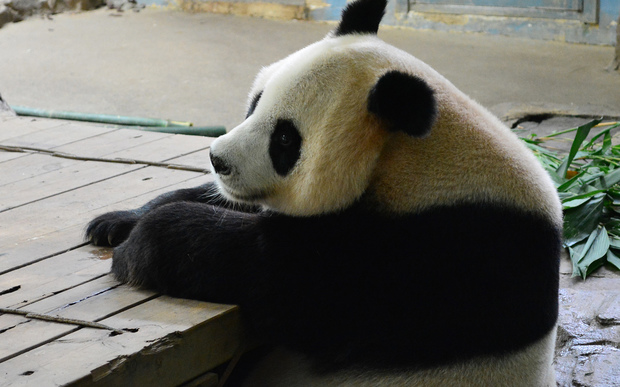 Police discovered the panda's skin and 9.75kg (22lb) of meat in a raid in December, CCTV reported.

Officers said the panda was shot dead by two brothers in Zhaotong in southern Yunnan province.

Thousands of people responded to the news on the Chinese social media site, Weibo, and condemned the crime.

Panda poaching is extremely rare in China where the endangered animals are seen as a national treasure.

"To the Chinese, giant panda is more than an animal. It's a spiritual symbol. The case needs to be dealt with severely to stop any further incidents like this," said one Weibo user called Gloomy Thick Eyebrows.

Another user, Brilliant, said: "Deplorable! These guys are heartless."

But Cuozao Worker said: "Why I can't see as much media coverage when a man is killed?"

Images posted on the Weibo showed a bloodied black-and-white pelt laid out on the ground.

Photographs also showed a parcel of red meat and two long bones. The China Daily newspaper said parts of the panda's skull and its gall bladder were also found.

Police said the panda was an adult female.

The two hunters and one person who allegedly bought the panda meat were among those arrested, but the identity of the other seven people was not disclosed.

The International Union for the Conservation of Nature lists giant pandas as endangered, but their numbers have almost doubled since the late 1970s.

Hunting pandas can lead to a 10-year sentence - or, in what the Chinese government calls "grave circumstances", life imprisonment or even a death sentence can be applied.