Author Harper Lee has started a non-profit company to produce a play of her iconic book To Kill a Mockingbird in her hometown of Monroeville, after a dispute was set to end the show. 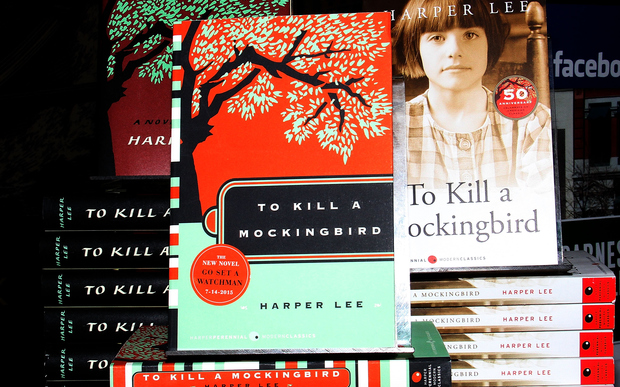 Licensing firm Dramatic Publishing had not extended the performance rights for the production, so Lee stepped in with Mockingbird Company.

It will produce the play from 2016, giving proceeds to local communities.

Dramatic Publishing said on its Facebook page it was "thrilled".

It added: "We are also happy to announce that the play will be performed by Mockingbird Players, who have acted this American classic so well for so long. We believe that this is the best way (from the stage) to celebrate Ms Lee's masterpiece throughout the greater Monroeville area."

A Facebook page called Save Monroeville's To Kill a Mockingbird play had been campaigning for the play to stay in Monroeville, and had been liked by big names including Oprah Winfrey and JK Rowling.

Comments on the Facebook page included Johnny Johnson saying: "Thank you Miss Harper Lee, you have made Monroe County proud," and Meagan McDonald adding: "Thank you for working towards an agreement!! What a blessing for Monroeville!!"

Performances for the play for this month and next are sold out, boosted by excitement over the upcoming publication of Lee's second book, Go Set a Watchman. It will be the 88-year-old American author's first release since the 1960s.

The show has been staged by the Monroe County Heritage Museum for years, despite it being involved in legal disputes with Lee, 88, in the past. She sued the museum in 2013 for selling Mockingbird souvenirs in its shop, after it had opposed her application for a federal trademark for the title of her book.

The dispute has since been settled.

To Kill a Mockingbird, which explores issues of race, class and the loss of innocence, was published in July 1960 and has sold more than 40 million copies globally. It won a Pulitzer Prize and became an Oscar-winning film starring Gregory Peck two years later.

Go Set a Watchman was written before Mockingbird, and features many of the same characters, with an adult Scout Finch returning to her native Alabama from New York to visit her father, lawyer Atticus Finch.

Written in the mid-1950s but shelved on the advice of her editor, it will be released on 14 July.