About 200,000 homes are still without power in central coast areas of New South Wales (NSW) following a devastating storm which has killed four people. 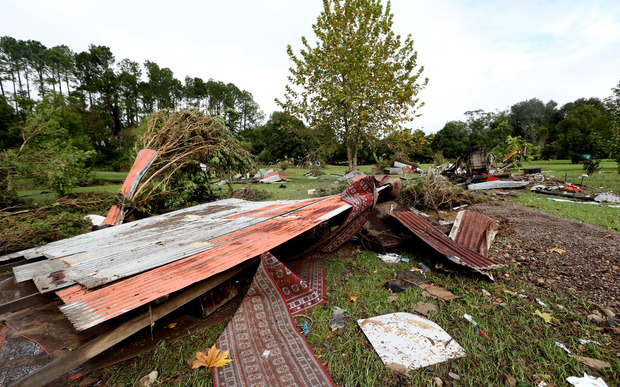 Damage and destruction caused to a family home by flooding in Stroud in the NSW Hunter. Photo: AAP

The weather has started to ease but about 50 residents had to be evacuated overnight in southwestern Sydney after a river broke its banks.

The storm, which brought two days of strong winds and heavy rain, has led to disaster areas being declared in a dozen council areas from the Hunter to Illawarra.

Three people were killed in the town of Dungog on Tuesday when floods swept through homes and, late yesterday, the body of an elderly woman was recovered near Maitland after her car was washed off the road earlier in the day. 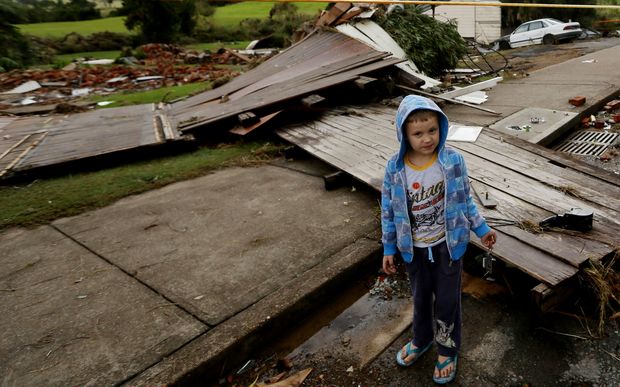 Locals are taking stock of the damage caused by flooding in Dungog. Photo: AAP

The State Emergency Service (SES) said it had completed about 50 percent of the 12,420 requests for assistance it has received since Monday morning.

NSW SES deputy commissioner Steven Pearce said electricity crews were working as quickly as possible to get power back on for people affected by the storms.

"We are just chasing the full statistics there but it's still around 200,000 homes without power," he told the ABC on Thursday.

"Although the energy providers have been working relentlessly, their workers have been doing a fantastic job. There's been thousand of wires brought down and power interruptions."

The SES said the slow-moving low pressure system off the Hunter coast would weaken on Thursday and "lead to improved weather conditions over eastern New South Wales".

A total of 132 flood rescues have been made since the wild weather began, including in the early hours of Thursday when a teenager was washed off his bike in western Sydney.

Most calls to the SES have been about fallen trees and roof damage caused by wind and heavy rainfall.

The Transport Management Centre said the bad weather was continuing to impact roads and public transport.

The Bureau of Meteorology has flood warnings in place for the Hunter River, Hawkesbury and Nepean Rivers, Georges River, South Coast, Wyong River and Tuggerah Lake, Lake Macquarie and Paterson and Williams Rivers.

The bureau said the worst of wild weather was over but warned that flood peaks would still come on Thursday despite less rainfall across the state's east coast. 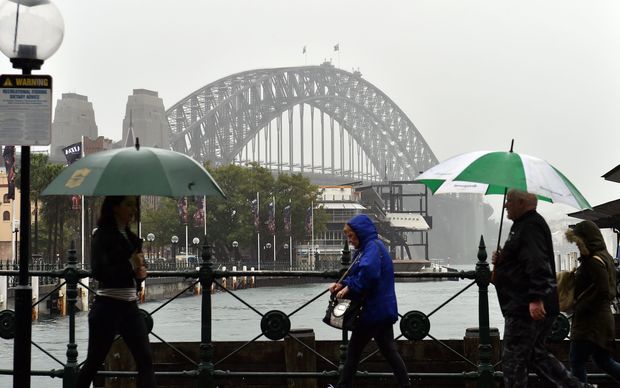 Commuters make their way in the heavy rain in front of the Sydney Habour Bridge. Photo: AFP 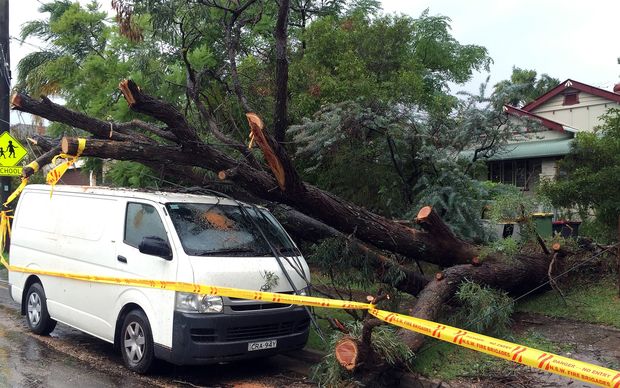 An uprooted tree fall on a parked car in the residential area of the western Sydney. Photo: AFP 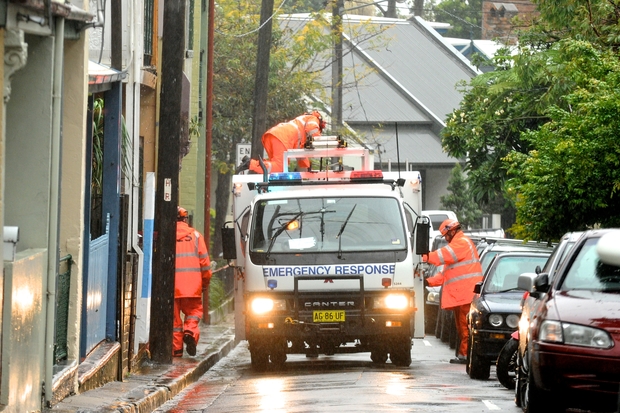