A new book by Andrew Morton highlights the treasonous chatter of the former King of England, Edward the VIII, and his wife Wallis Simpson while Britain was at war with Germany. 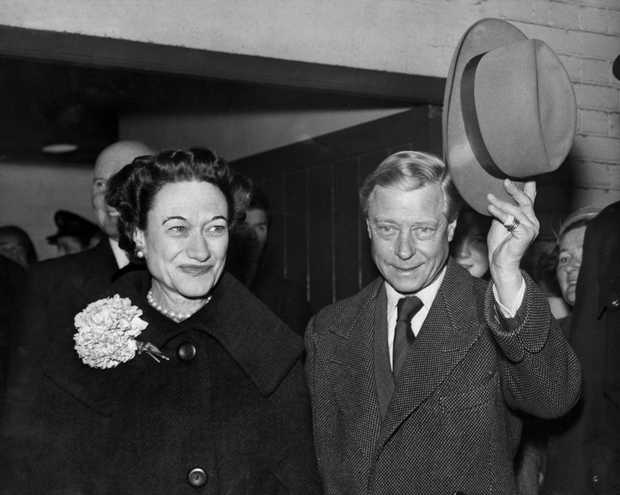 Edward, Duke of Windsor (R), with his wife the Duchess Wallis of Windsor, waves his hat to the crowd as they arrive at Victoria Station in London, from Paris, 13 November 1956. This was their first visit together to Britain since 1953. Photo: AFP

No stranger to royal scandal, Andrew Morton is best known for the biography that revealed the secrets of the late Princess of Wales in Diana: Her True Story.

His latest book is about Edward the VIII, who famously abdicated to marry American Wallis Simpson, and a file containing explosive details about his activities during World War II and the Nazi plans for him.

They were discovered after the war, buried in a metal canister on the grounds of the German Foreign Ministry. It became known as "The Windsor File".

We wouldn't be talking today if the German archivists had not taken some of the important documents and put them on microfilm. The contents were dynamite. 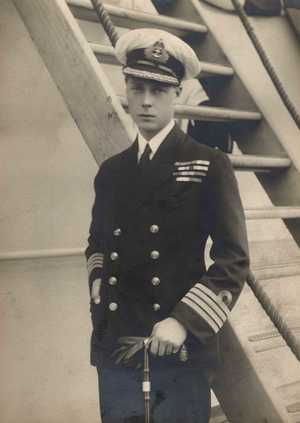 Presidents and Prime Ministers tried to keep the file secret.

"Churchill, Prime Minister Attlee even Eisenhower tried to destroy the file. It was the Americans who said no, you can't destroy history," Morton says.

In his new book, 17 Carnations: The Royals, The Nazis And The Biggest Cover-Up In History, Morton tells the story of the Duke and Duchess of Windsor, who ingratiated themselves with Adolf Hitler and the Nazi plan to put Edward VIII back on the throne after the invasion of Britain as well as the international efforts to keep the story quiet.

Before the war, in the 1920s, the Prince of Wales as he was then, was the most popular royal ever according to Morton.

He was the first royal matinee idol. He was hugely popular, hugely charismatic and he was idolised by many people especially women who kept his picture on their bedside table" he says.

But while the Prince did not enjoy all aspects of his royal role, he certainly did not mind the attention the women gave him according to Morton.

"Privately he was enjoying affairs with married women. This was part of his modus operandi, he had these long term affairs and he resisted the calls by the King and others to marry," adds Morton. "It became something of a parlour game and even Hitler got involved." 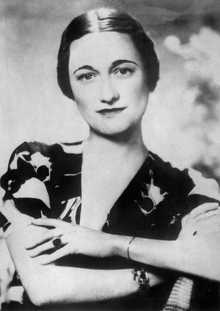 When Hitler became Chancellor of Germany one of his first acts was to ask two German aristocrats if they would put forward their 17-year-old daughter as a possible bride for the Prince. Morton believes Hitler "envisioned a kind of dynastic union between Nazi Germany and Britain".

But the Prince would have none of it. Morton says he hated the job of what he called "prince-ing" and was depressed and suicidal.

"He is a classic example of the difference between image and reality," according to Morton. "When he was on these royal visits to places like New Zealand and Australia he would spend days on end in his cabin and not meet anybody," Morton says.

For her part, Morton says Wallis Simpson never expected Edward VIII to give up the throne for her. "She saw herself as just another woman on the conveyor belt of his romantic life."

Morton says she felt utterly trapped. She was just having fun but "she's pushed into a corner by Edward and circumstance". And Morton adds that Edward never wanted to be king, and that Simpson "was just a glorified excuse". 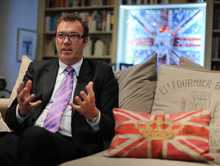 Morton says documents indicate that Hitler was also concerned and baffled about the relationship between Edward VIII and Mrs Simpson.

Here is a man, Adolph Hitler, whose dream it was to build the Third Reich that would last a thousand years basically to dominate the globe and Edward whose got the greatest Empire the world has ever known and he gives it up for a woman who by his own admission he's never been to bed with.

In the book, Morton details how Hitler sent one of his Ministers to London to "make sure Edward came to heel. He sees Edward as a great ally against Churchill and his government. Within weeks, rumours fly around London that Wallis Simpson is having an affair with the German Minister.

"The title of the book is 17 carnations because some say he sent her 17 carnations or roses for the number of times they had been to bed together," Morton reveals.

After they were married, the Duke and Duchess were treated to a state visit with Hitler in 1937 where the Duke spoke openly of his admiration for what Hitler had done for Germany. Once the war started, Hitler wanted an ally according to Morton. He writes that Hitler devises a plan called Operation Willi to kidnap the couple and put Edward back on the throne. 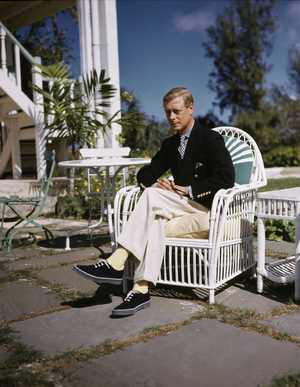 "Hitler had plans to control a number of monarchs to be at his command to use them as puppet kings," he says.

By 1940, Winston Churchill is so concerned about the Windsors, he orders them to the Bahamas where the Duke would act as governor. Morton says Britain is at war with Germany and still the Duke is in contact with Nazis, asking them to look after their homes in France.

"At the urging of his wife, he asked them to look after their silverware and bed linen. I have to say what some people will do for 600 thread count sheets," muses Morton. The Duke also asks Churchill to release two men from the army to be his servants in the Bahamas. "Wallis asks the American consulate to go round to the house in France and find her favourite swimsuit. It shows their total self indulgence," Morton adds.

Much of this material is in the Windsor file that Churchill and others wanted destroyed. Churchill did not want the royal family embarrassed at the time. The file was released 12 years after it had been dug up in Germany.

"It's always the cover-up never the act, as with Watergate," Morton says.