A senator from Florida has launched his bid for the White House in 2016 announcing his candidacy for the Republican Party Presidential nomination. 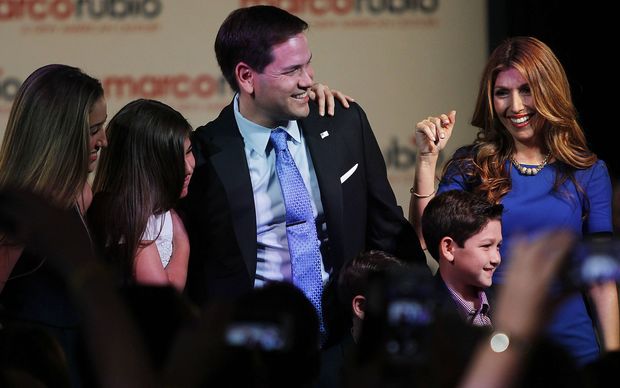 US Republican Senator from Florida Marco Rubio with his family after announcing his presidential candidacy Photo: AFP

Marco Rubio's announcement on Tuesday came just a day after Hillary Clinton confirmed she would seek the Democratic Party's nomination.

Rubio, 43, who is the son of Cuban immigrants, made the announcement to a cheering crowd at Miami's Freedom Tower, where thousands of Cuban exiles fled in the 1960s and were first registered by United States authorities.

He told them "the time has come for our generation to lead the way to a new American century."

He has also cast himself as a fresh face who could move the country past the Bush and Clinton dynasties that have led American politics for decades and are seeking to again.