Islamic State has posted a video online that shows its militants destroying the ancient city of Nimrud in Iraq. 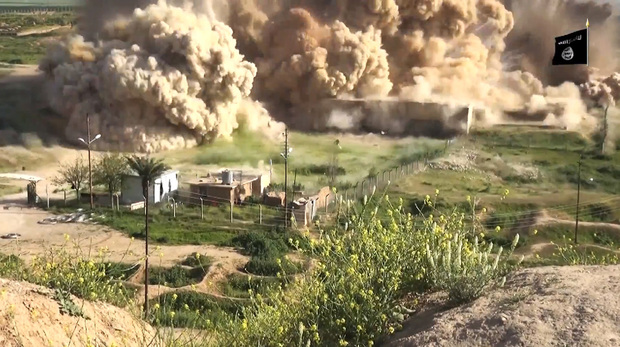 An image grab taken from a video made available by the Jihadist media outlet Welayat Nineveh showing explosives being detonated at the site. Photo: AFP / HO / Welayat Nineveh

The images appear to confirm reports in March that the jihadists had vandalised Nimrud, one of Iraq's greatest archaeological treasures.

The video shows them using bulldozers and then explosives on the ruins of the ancient city.

IS has attacked Nimrud and other ancient sites in Iraq as part of what it sees as a war against "false idols".

In March, the Iraqi ministry of tourism said IS used heavy machinery to destroy the Assyrian ruins. 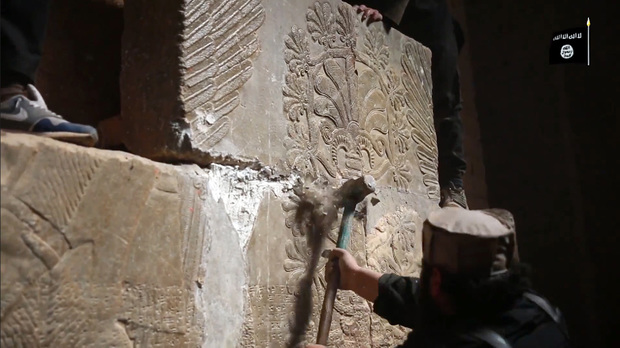 Nimrud, which was founded in the 13th Century BC, lies about 30km south-east of Mosul.

IS has controlled Mosul, Iraq's second largest city, and nearby areas since June 2014.

The video showed militants using power tools to cut up and destroy stone artefacts at the site. After that, they place large amounts of explosions which are detonated in a huge blast, which appears to have levelled the site.

Many treasures from Nimrud are in foreign museums, but a number of giant "lamassu" statues, depicting winged beasts with human heads, and stones friezes were still at Nimrud.

The region held by the militants in Iraq has nearly 1,800 of the country's 12,000 registered archaeological sites.

The reported destruction of the statues followed reports that IS burnt down Mosul Library, which housed over 8000 ancient manuscripts.