The lawyer for two Australian death row convicts says he will file a legal challenge to the Indonesian Constitutional Court in the hopes of delaying their execution. 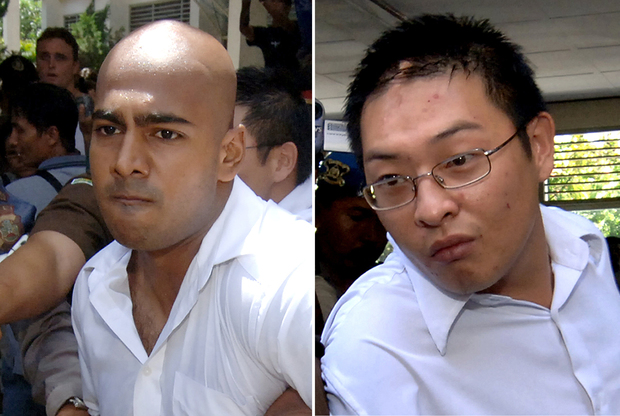 Mr Widodo had controversially ruled out granting mercy to the two Australians, who are due to face the firing squad on the Nusakambangan prison island.

Today three judges from Indonesia's state administrative court said clemency fell under the constitution but not under administrative law, and so was not in their jurisdiction.

The court said it could only hear matters to do with regulations created by parliament or government.

Chan and Sukumaran had argued that Mr Widodo did not give proper consideration to their pleas for clemency.

The pair were convicted in 2005 of being the ringleaders in a plot to smuggle heroin out of Indonesia.

During the case an expert witness was used to try to convince the court Mr Widodo's refusal to grant pardons could be challenged and the administrative court was the right jurisdiction.

However, the president's legal team argued his clemency power could not be contested and the court did not have the authority.

In their verdict, the judges dismissed expert witness testimony provided by Mr Widodo's lawyers because they did not appear in person.

Lawyers for the pair said they were disappointed in the verdict and vowed to continue to pursue all legal options to save Chan and Sukumaran.

One of the lawyers said they would attempt a constitutional challenge against the decision.

The court's ruling against Chan and Sukumaran does not mean they will face a firing squad straight away.

The two are awaiting execution on Nusakambangan island prison, but the Indonesian government is waiting for all of those listed for execution alongside them to exhaust all legal avenues of appeal.

How long that could take is still unclear.