A New Zealand man accused of smuggling drugs into Bali was sweating so much at customs that his jacket was soaking wet, the officer who X-rayed his bag has told his trial.

Antony de Malmanche says he was unaware he was carrying 1.7kg of crystal methamphetamine when he arrived in Bali on 1 December last year to meet a woman he had met online. 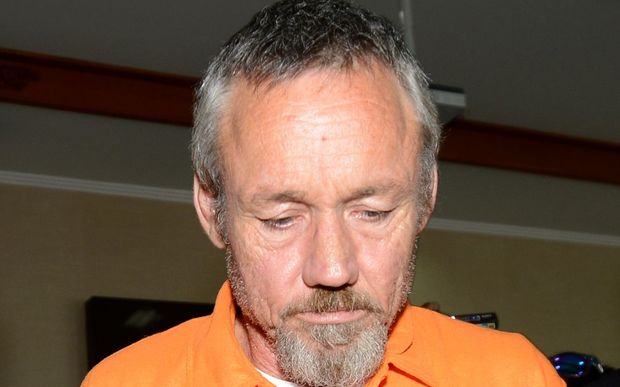 His trial for charges carrying the death penalty began in earnest on Tuesday, after lawyers for the 52-year-old tried unsuccessfully to have it aborted over issues with the indictment.

At his trial yesterday a customs officer, Mario Leonard, told the court Mr de Malmanche arrived on a flight from Hong Kong at about two in the morning and when his bag was X-rayed, it appeared suspicious.

The New Zealander was told to wait until the other passengers had passed though and he then gave permission for the bag to be opened, the officer said.

"We only found one black jacket and then the bag was already empty,' he said.

"But when we had it X-rayed again, there was still this suspicious appearance, like a lump, while it was supposed to be empty because the jacket had been taken out."

In a "checking room," de Malmanche witnessed all of the bag's contents taken from all of its compartments, Mr Leonard said.

They then found a plastic bag wrapped with tape containing crystals that tested positive for methamphetamine, the court heard.

Mr Leonard told the court that de Malmanche said he didn't know what the package was.

He believed the man was not acting normally at the time.

"We can say that he was suspicious because the defendant's jacket was soaked wet because of sweat," he told the court.

"During the X-ray checking, the defendant put his jacket into his bag.

"In that cold airport, the defendant shouldn't have been sweating like that."

The trial continues next Thursday.

The case has attracted some high-profile lawyers to de Malmanche's defence, who will argue he is a victim of human trafficking, rather than a drug runner.