The co-pilot of the crashed Germanwings plane, Andreas Lubitz, had received treatment for suicidal tendencies before getting his pilot licence, investigators say, but not recently. 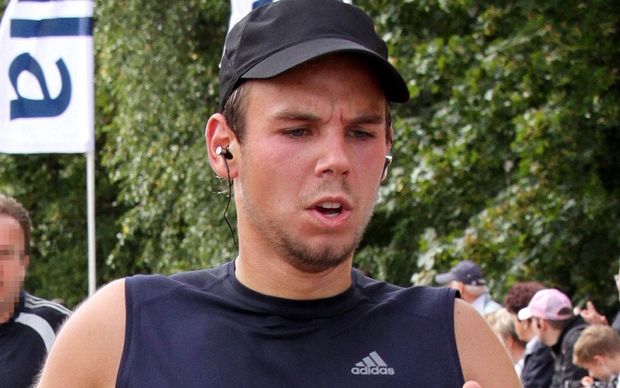 Lubitz, 27, is suspected of deliberately crashing the plane in the Alps, killing all 150 people on board.

Officials in Duesseldorf said the investigation to this point had revealed no clue to any motive.

So far, DNA strands of 80 of the victims have been found.

Duesseldorf public prosecutor Christoph Kumpa said that "several years" before Lubitz became a pilot he "had at that time been in treatment of a psychotherapist because of what is documented as being suicidal".

But he added: "In the following period, and until recently, further doctor's visits took place, resulting in sick notes without any suicidal tendencies or aggression against others being recorded."

No specific dates were given. Lubitz enrolled in training with Lufthansa in 2008 and became a pilot in 2013. He was diagnosed with a serious depressive episode in 2009 and received treatment for a year and a half, media reports say.

Mr Kumpa added: "There still is no evidence that the co-pilot said beforehand that he would do what we have to assume was done and we haven't found a letter or anything like that that contains a confession." 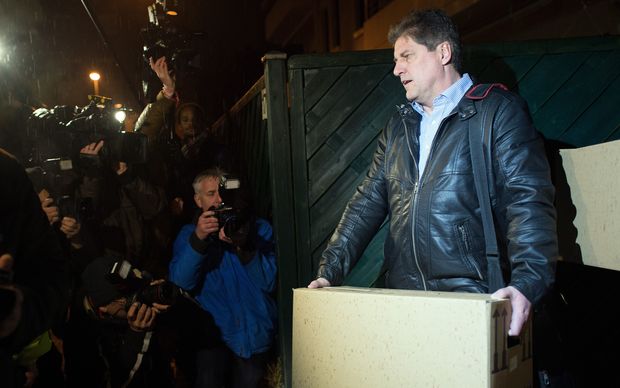 An Investigator carries a box out of a residential house where Andreas Lubitz used to live. Photo: AFP 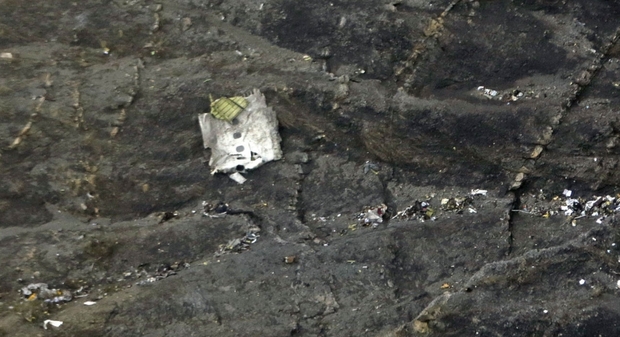 Wreckage and small debris lying on the mountainside after the crash in the French Alps. Photo: AFP

Mr Kumpa said: "We have not found anything in his surrounding [environment] - be it personal or his family or his professional surrounding - that is giving us any hints that enable us to say anything about his motivation."

There had been some media reports that Lubitz had problems with his vision, possibly a detached retina.

But Mr Kumpa said there was no documentation on any eyesight problems that were caused by an "organic illness".

There has also been widespread speculation about Lubitz's romantic life.

One unconfirmed report has suggested his long-term girlfriend was pregnant, while an ex-girlfriend revealed that he vowed last year to do something memorable.

"One day I'm going to do something that will change the whole system, and everyone will know my name and remember," she quoted him as saying.

Flight 4U 9525 crashed near the French Alpine village of Le Vernet on 24 March, flying from Barcelona to Duesseldorf.

The cockpit voice recorder suggested Lubitz crashed the plane deliberately after locking pilot Patrick Sondenheimer out of the cockpit.

Capt Sondenheimer is heard banging on the door, screaming, "Open the damn door!"

The data recorder, which tracks the plane's altitude, speed and direction, has not yet been found.

Lufthansa board chairman Kay Kratky on Monday warned it may have been too badly damaged and may not be sending signals. 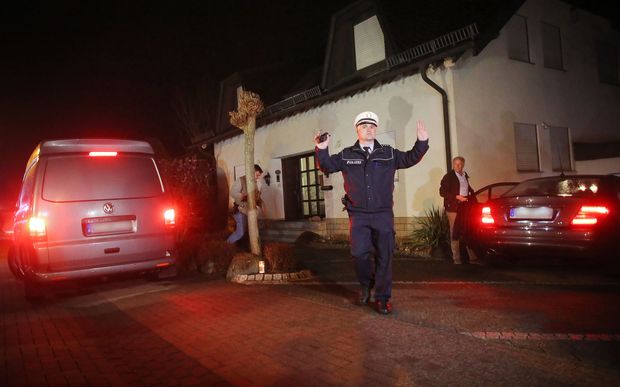 Investigators leave the house of the parents of Andreas Lubitz Photo: AFP

Bad weather has halted helicopter flights to the site, forcing investigators to get there on foot.

An access road to the remote site is being dug by a bulldozer to provide all-terrain vehicles with access to the area and could be completed by Monday evening.

A support centre for victims' families has been opened at a hotel in Marseille, from where Germanwings plans to provide counselling and visits to the crash site.

In Germany, a 100-strong task force is investigating the crash. While 50 police work on the murder inquiry, the others are obtaining DNA samples to help identify victims' remains.

An official memorial service for those on board flight 4U 9525 from Barcelona to Duesseldorf will be held on 17 April in Germany's most famous church - Cologne Cathedral - in the presence of President Joachim Gauck and Chancellor Angela Merkel.