The Italian police have recovered an original painting by the Spanish master Pablo Picasso that a retired man in Rome says he was given nearly 40 years ago. 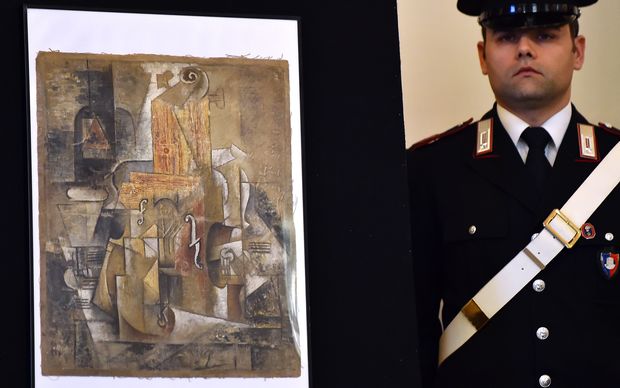 The Picasso painting Violin and Bottle of Bass displayed during a press conference in Rome. Photo: AFP

The 1912 oil painting, titled Violin and Bottle of Bass, portrays a cubist image of a violin and a beer bottle and has an estimated value of $22 million.

Investigators have verified the painting's authenticity, but they are still trying to determine whether the pensioner is its rightful owner.

The man said he was given the painting in 1978 by an elderly client as a gift.

He says he packed it away for 36 years "without particular care" until he discovered by chance that it was the work of the Spanish master.