German police have seized possessions from the homes of the co-pilot of the Germanwings airliner that crashed in the French Alps on Tuesday. 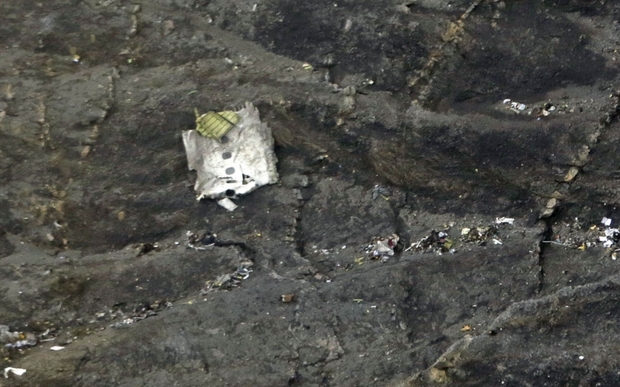 Wreckage and small debris lying on the mountainside after the crash. Photo: AFP

Data from the plane's voice recorder suggests Andreas Lubitz deliberately locked the pilot out of the cockpit and then crashed the plane, killing all 150 people on board.

Police said they now had clues but have not given any details.

The plane - Flight 4U 9525 - was travelling from Barcelona to Dusseldorf.

Since the crash, several airlines - including Air New Zealand - have pledged to change their rules to ensure at least two crew members are present in the cockpit at all times.

The revelations by the German police come after officers searched Mr Lubitz's flat in Dusseldorf and the house the 27-year-old shared with his parents in Montabaur, north of Frankfurt.

A number of items were removed - including boxes and a computer - from the two properties.

"We have found something which will now be taken for tests. We cannot say what it is at the moment but it may be a very significant clue to what has happened," the Daily Mail quoted police spokesman Markus Niesczery as saying.

However, police said the discovery was not a suicide note.

There were also unconfirmed reports in the German media that Mr Lubitz had suffered from depression. 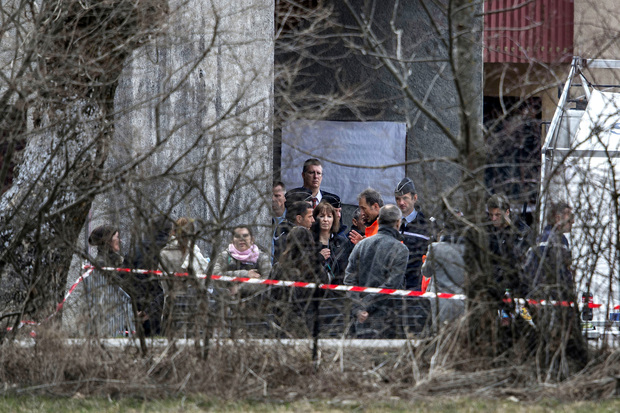 Relatives of the Germanwings Airbus A320 crash victims arrive in Seyne-les-Alpes on Thursday. Photo: AFP

Earlier, Carsten Spohr, the head of Lufthansa, the German carrier that owns Germanwings, said the co-pilot had undergone intensive training and "was 100 percent fit to fly without any caveats".

Mr Spohr said Mr Lubitz's training had been interrupted for several months six years ago, but did not say why.

The training was resumed after "the suitability of the candidate was re-established", he said. 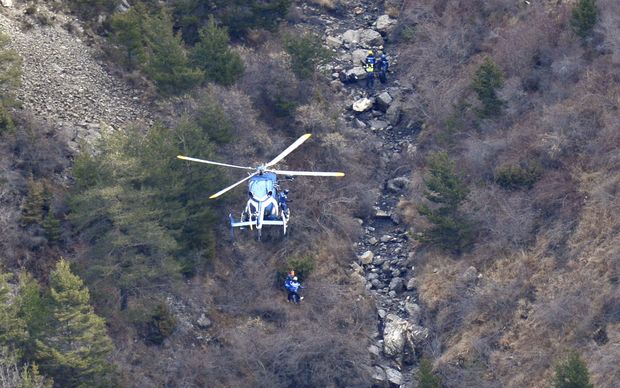 A helicopter lowers search and rescue personnel close to the crash site in the French Alps. Photo: AFP / GENDARMERIE

Members of the Westerwald flight club, where the co-pilot was a member, expressed their shock at the revelation.

"Andres was a very nice young man, who did his training here. He was part of the club," Peter Reucker said.

"[He was] funny, sometimes a bit quiet, but apart from that a young man like many others that we have here. He integrated well.

"I'm absolutely speechless. I have no explanation for this," Mr Reucker added.

Citing information from the recovered "black box" voice recorder, Mr Robin said Mr Lubitz was alone in the cockpit just before the crash.

Mr Robin said there was "absolute silence in the cockpit" as the pilot fought to re-enter it.

Air traffic controllers made repeated attempts to contact the aircraft, the prosecutor added, but to no avail.

Passengers were not aware of the impending crash "until the very last moment" when screams could be heard, Mr Robin said, adding that they died instantly. 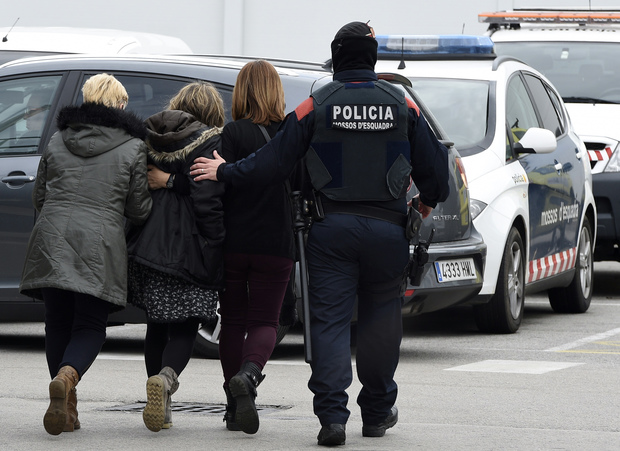 "We hear the pilot ask the co-pilot to take control of the plane and we hear at the same time the sound of a seat moving backwards and the sound of a door closing," the prosecutor said.

He said the pilot, named in the German media as Patrick S, had probably gone to the toilet.

"At that moment, the co-pilot is controlling the plane by himself. While he is alone, the co-pilot presses the buttons of the flight monitoring system to put into action the descent of the aeroplane," he added.

Mr Robin said "the most plausible interpretation" was that the co-pilot had deliberately barred the pilot from re-entering the cockpit.

Mr Lubitz was alive until the final impact, the prosecutor said.

The second "black box" - that records flight data - has still not been found.