Police in Australia say they are confident they stopped a serial killer in the making with the conviction of New Zealander Daniel Kelsall yesterday. 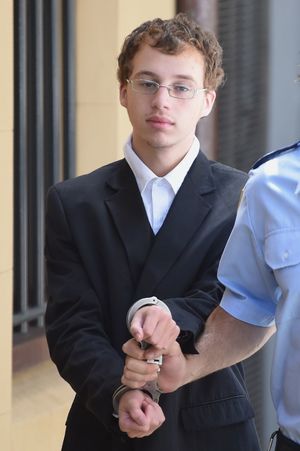 Daniel Kelsall is escorted to a prison transport vehicle at the NSW Supreme Court in Sydney on 18 March. Photo: aap

Kelsall, 21, was found guilty of murdering businessman Morgan Huxley in a frenzied knife attack after following him home in September 2013.

The police said Kelsall killed for the sake of killing and it was an unprovoked, senseless, motiveless murder.

Kelsall moved to Sydney from Wellington in 2012 and police have carried out checks into his past in New Zealand, cross-checking any unsolved murders around the time.

The Daily Telegraph visited some of his former friends who spoke of him as a loner with a penetrating stare.

"Police said they were positive both incidents were related to the murder," he said.

"They did contact the authorities in [New Zealand] to check in case there were any murders or unsolved murders or disappearances around where he lived around the time he was there.

"[Kelsall] told his psychologist, just over 12 months beforehand, he wanted to kill for the thrill of it."