The children's charity UNICEF is preparing for what could be an influx of malnourished children at Port Vila's hospital. 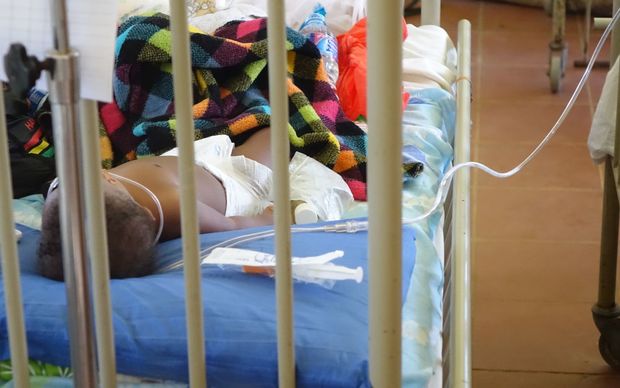 Children there already have been moved into nurses' quarters because of bad damage in other parts of the complex.

The sounds of anxious, scared and wary children coupled with the sight of the hot and crowded conditions speak volumes.

Aid organisations know it is possible yet more children would need hospital treatment.

UNICEF emergency nutrition specialist Megan Gayford arrived on Wednesday and assessed what facilities it had left.

"Because of the emergency the risks from malnutrition increase exponentially. There's insufficient food, the water and sanitation situation is compromised, the health situation also we're concerned about." 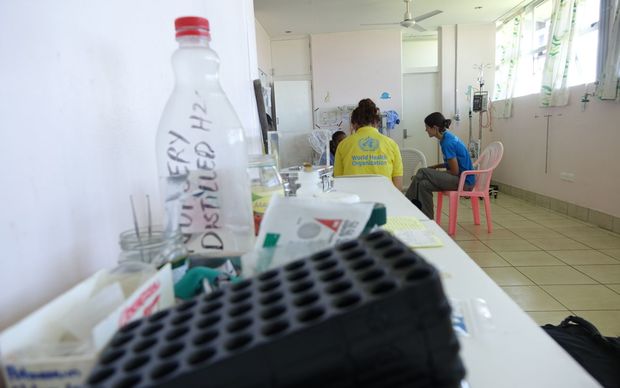 Ms Gayford said UNICEF was expecting the rate of infectious disease to increase, which was also a concern.

Some children were here before the cyclone struck, many came after.

There were newborns, mothers, the sick and the injured - one child in bandages was on a mattress on the floor.

Ms Gayford said Vanuatu was no stranger to child malnourishment. 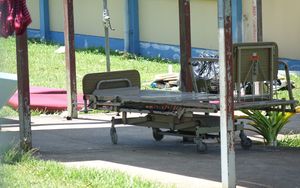 "In this area there are levels of stuntedness. It's 30 percent of the population.

"So this indicates that there are some longer term nutrition deficiencies in the population. So this is particularly concerning in an emergency because we have the chronic malnutrition and then we add some exacerbating factors on top of that."

Ms Gayford started her meeting with a hospital paediatrician in an abandoned incubator room.

Now it was an oddly quiet meeting room, one of many rooms that were flooded.

Down the road the Red Cross was still running off a generator, leading to a tangled web of extension leads and multi-plugs.

But against the odds, co-ordination was working and it had been able to reach a distant, outer island by radio. 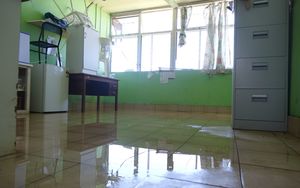 "If we have a look we can see what's in them - soap, sanitary pads, towels, toilet paper, toothbrush, that kind of thing.

Ms Butler said the kits started going out yesterday, and more would go out today.

"Assessments have now just been carried out. It's still very early days after the disaster, we were doing assessments, registering people, and now roads are clear, we can actually get to people."

But it was not clear what longer term damage Cyclone Pam was likely to have caused, and how long aid would be needed.