Sir Elton John is calling for a boycott of fashion brand Dolce and Gabbana. 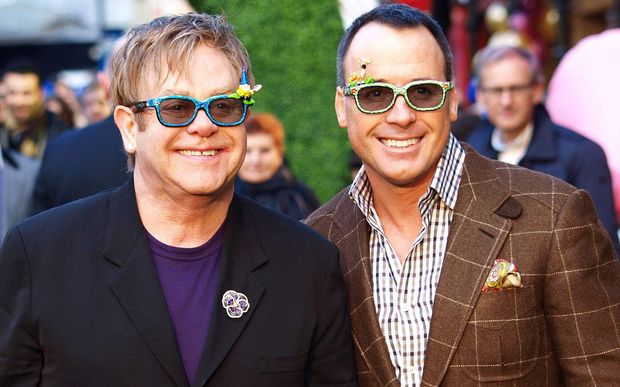 He is criticising the designers after they called children born through IVF "synthetic" in a magazine interview.

The songwriter, who has two children with his husband David Furnish, had a go at the pair for rejecting same-sex families and the use of fertility treatment.

"How dare you refer to my beautiful children as 'synthetic'," Sir Elton wrote on Instagram.

"And shame on you for wagging your judgemental little fingers at IVF - a miracle that has allowed legions of loving people, both straight and gay, to fulfil their dream of having children.

"Your archaic thinking is out of step with the times, just like your fashions.

"I shall never wear Dolce and Gabbana ever again. #BoycottDolceGabbana."

Business partners Domenico Dolce and Stefano Gabbana, who are both gay and were a couple for 23 years until breaking up in 2005, have rejected same-sex marriage in the past.

But in an interview with Italian magazine Panorama this weekend they went further saying they also did not agree with the idea of gay families.

"We oppose gay adoptions," they said.

"The only family is the traditional one.

"No chemical offsprings and rented uterus: life has a natural flow, there are things that should not be changed."

Domenico Dolce went on to say that having children should be an "act of love".

He said: "You are born to a mother and a father - or at least that's how it should be.

Stefano Gabbana added: "The family is not a fad. In it there is a supernatural sense of belonging."

In an interview in 2006, Gabbana revealed in another Italian magazine that he had approached a woman to be the mother of his baby but said he struggled with the idea.

"I am opposed to the idea of a child growing up with two gay parents," he said.

"A child needs a mother and a father. I could not imagine my childhood without my mother. I also believe that it is cruel to take a baby away from its mother."