Top Gear presenter Jeremy Clarkson has been suspended by the BBC because of what it says was a fracas with a producer, and the show will not be broadcast in Britain on Sunday. 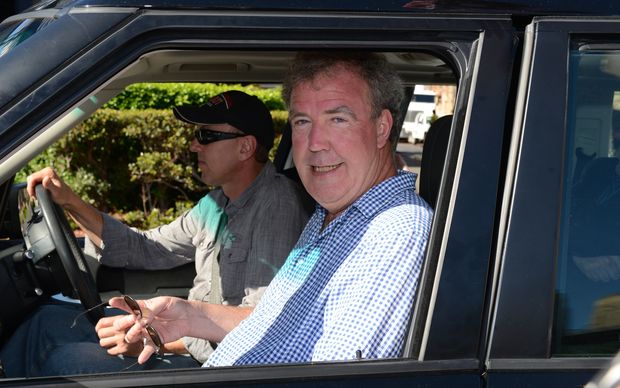 The corporation said the show host had been suspended pending an investigation but was giving no further details.

"No one else has been suspended. Top Gear will not be broadcast this Sunday," it said.

The 54-year-old was given what he called his "final warning" last May after claims he used a racist word while filming the popular motoring show.

At the time, he said the BBC had told him he would be sacked if he made "one more offensive remark, anywhere, at any time".

Clarkson's representatives were yet to reply to requests for a comment and the presenter himself has remained silent.

Last month, though, he tweeted a post saying a "new presenter for Top Gear" was wanted.

"Applicant should be old, badly dressed and pedantic but capable of getting to work on time," his message went on.

The show's executive producer, Andy Wilman, described last year as "an annus horribilis" for the programme.

It followed an incident in Argentina where the presenters and crew were forced to flee the country after trouble erupted over a number plate reading H982 FLK - which some suggested referred to the Falklands conflict of 1982.

Last year the show was also censured by UK communications regulator Ofcom for breaching broadcasting rules after Clarkson used a derogatory word for Asian people during its Burma special programme.