Australian Prime Minister Tony Abbott has said the country is "sick of being lectured by the United Nations" over its treatment of asylum seekers. 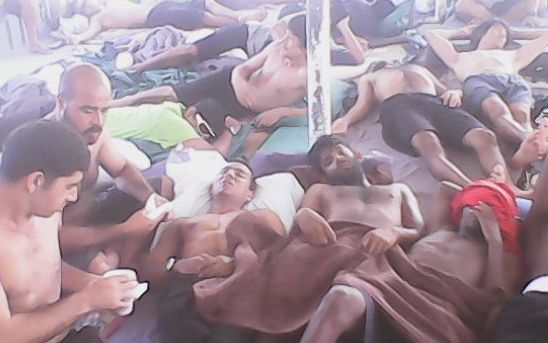 His comments came after the special rapporteur on torture said some aspects violated the convention against torture.

Australia detains all asylum seekers who arrive by boat, holding them in offshore processing camps.

Rights groups have criticised conditions on Manus Island, where asylum seekers are held.

In a new report to be tabled to the UN Human Rights Council on Monday, rapporteur Juan Mendez investigated allegations of torture and abuse in more than 60 countries.

In Australia, he highlighted some cases where the authorities had failed to provide adequate detention conditions, end the detention of children, or prevent escalating violence and tension at Manus Island.

This meant Australia had violated the right of the asylum-seeker to be free from torture and cruel, inhuman or degrading treatment, the report said.

The Australian government rejected the report.

When asked about the UN's findings, Mr Abbott told reporters: "I really think Australians are sick of being lectured to by the United Nations, particularly given that we have stopped the boats, and by stopping the boats, we have ended the deaths at sea."