The Australian Federal Government is under increasing pressure to reverse millions of dollars in funding cuts to legal aid and community legal centres around Australia. 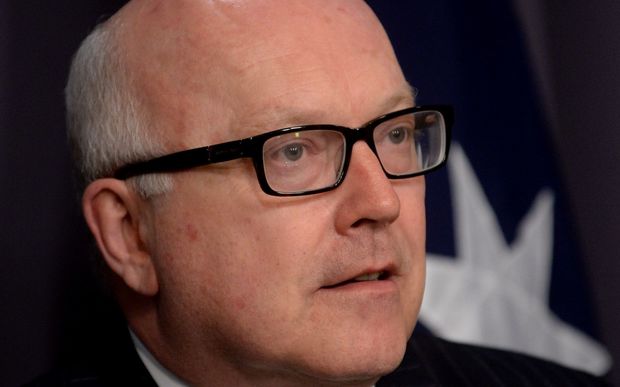 All state and territory Attorneys-General have written to federal Attorney-General George Brandis, warning the Commonwealth's current funding plan for legal assistance will set the fight against domestic violence and Indigenous disadvantage back decades.

"There are certainly places in Australia where there are centres that may have to close," Michael Smith from the National Association of Community Legal Centres (NACLC) said.

"Even if centres are able to open often those community lawyers are seeing 300 or 400 clients a year, so that's a lot of people who are going to miss out if those services aren't there.

"Certainly demand for assistance around family violence is growing like we've never seen before."

The current national partnership agreement for legal assistance services expires at the end of June, and the state and territories are asking Senator Brandis to set out their proposed future funding no later than the end of March.

The letter signed by all seven Attorneys-General called on Senator Brandis to reverse the existing cuts made to legal services, and guarantee no further funding reductions would be made to Legal Aid Commission, Community Legal Centres, and the Aboriginal Legal Service.

"These proposals will affect the most vulnerable members in our community, including foremost women and children who are victims of, or at risk of family violence, as well as Indigenous Australians," the letter said.

"It is difficult to reconcile these actions with the Prime Minister's recent recognition of the importance of tackling domestic and family violence and closing the gap between Indigenous and non-Indigenous Australians as national issues.

"Cutting funding to the services which help these vulnerable members of our community, at this time, is short sighted and ill conceived.

"Such a move will further set us back decades in tackling this important issue."

"It's very significant that regardless of our political persuasions state and territory attorneys are standing together to tell the federal Attorney-General and the Abbott government that these cuts to legal aid can not stand," he said.

Concerns funding cuts will lead to delays in court system

The Federal Government also cut $43 million from legal advocacy services, saying it wanted to direct the funding to frontline services.

Northern Territory Attorney-General John Elferink said while he understood what Senator Brandis was trying to achieve, it would lead to delays in the court system instead.

A spokesman for Senator Brandis said the letter would be given consideration.

He said the Government was committed to protecting the most vulnerable members of the community and would continue to provide a "very substantial" amount of funding for legal assistance.

The spokesman said funding to the states and territories would be considered as part of this year's budget process.

The Federal Government also announced this week it would fund half of a $30-million national awareness campaign, along with the states and territories.

The NACLC said while that was important, it was not enough.

"We think that prevention is really important and that community awareness will make a difference in the long term about preventing family violence before it occurs," Mr Smith said.

"Certainly people need to be aware of those problems, but legal services and other support services are totally stretched already.

"So the danger is if we're only doing more awareness raising, it'll just create more demand, and the crisis will get worse."