US actor Harrison Ford has been injured in a small plane crash in Los Angeles. 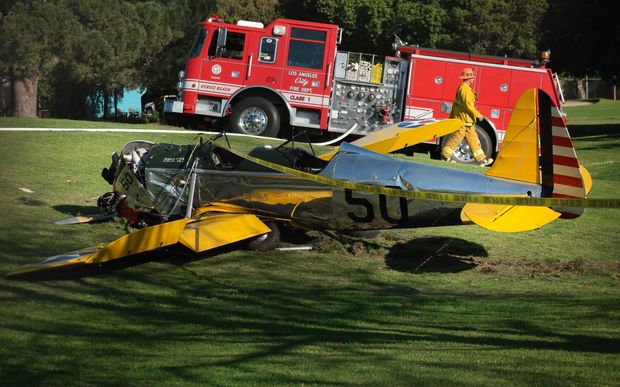 The small plane owned by US actor Harrison Ford is seen after crashing at the Penmar Golf Course in Venice, California. Photo: AFP

The 72-year-old, the star of the Indiana Jones and Star Wars films, reported engine failure and crash-landed his vintage plane on a Venice golf course, the BBC reported.

He was breathing and alert when medics arrived and took him to hospital in a "fair to moderate" condition, a fire department spokesman said.

His son Ben, a chef in Los Angeles, later tweeted from the hospital: "Dad is OK. Battered but OK!"

At the hospital. Dad is ok. Battered, but ok! He is every bit the man you would think he is. He is an incredibly strong man.

His publicist said: "The injuries sustained are not life threatening, and he is expected to make a full recovery."

The nature of Ford's injuries have not been disclosed but TMZ, which first reported the story, said he suffered "multiple gashes to his head".

Shortly after take-off from Santa Monica Airport, he said he was having engine failure with his 1942 Ryan Aeronautical ST3KR and was making an "immediate return".

He was unable to reach the runway and landed on the golf course.

Christian Fry of the Santa Monica Airport Association described it as "an absolutely beautifully executed emergency landing by an unbelievably well-trained pilot".

Ford was the only person on board the plane. 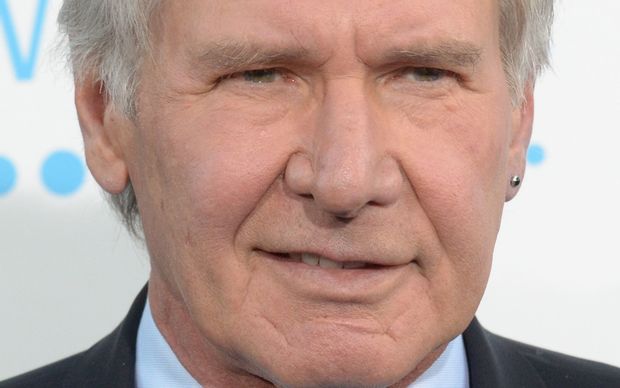 After crash-landing, he was initially treated by two doctors who happened to be at the golf course.

Patrick Butler of the LAFD said they received a 911 emergency call at 11.20am (10.20pm GMT) and attended to a "medium-to-high impact" plane crash at the Penmar Golf Course.

The male victim, aged about 70, was outside the plane when the paramedics arrived, and he was conscious and breathing, the fire spokesman said.

The man suffered "moderate trauma" and his condition was "fair to moderate" when he was taken to hospital.

There have been calls from local people to close Santa Monica airport, which is situated in a residential district, because of concerns about safety and noise.

Later this year, Ford is due to reprise the role of Han Solo in the latest addition to the Star Wars franchise, Star Wars: The Force Awakens.