US President Barack Obama has reacted scathingly to a speech by the Israeli prime minister that castigated his policy towards Iran. 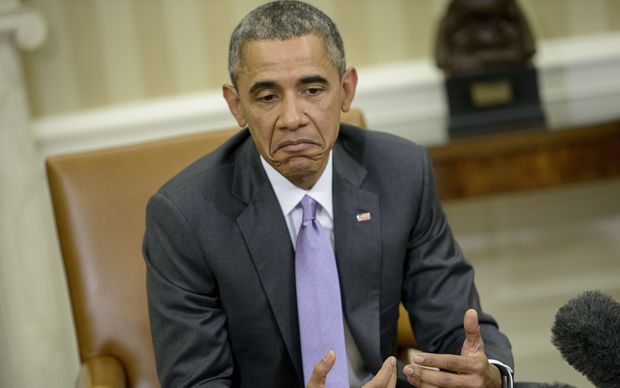 In a speech to the US Congress, Benjamin Netanyahu warned that a deal under discussion on Iran's nuclear programme could "pave Iran's path to the bomb" rather than block it.

The Israeli leader's visit was controversial from the start, because the Republican speaker invited him without consulting the White House.

The US president announced he would not meet Mr Netanyahu, who is fighting in a closely contested national election in just two weeks' time.

Talks on Iran's nuclear programme are nearing a critical late-March deadline for an outline agreement to be reached.

In a speech to the US Congress regularly punctuated by standing ovations Mr Netanyahu depicted Iran as a "threat to the entire world".

He insisted Iran had proven time and time again that it could not be trusted. 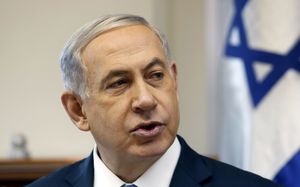 Mr Netanyahu went on to criticise the likely contours of the deal currently being negotiated in Switzerland, where Iranian Foreign Minister Javad Zarif met US Secretary of State John Kerry on Tuesday.

"We've been told that no deal is better than a bad deal," he said. "Well, this is a bad deal, a very bad deal, We're better off without it."

He said it relied heavily on international monitoring, when Iran "plays a pretty good game of 'hide and cheat' with UN inspectors".

Mr Netanyahu received a rapturous reception for his speech, but dozens of Democrats - including Vice President Joe Biden - stayed away.

House minority leader Nancy Pelosi at times refused to clap and later issued a statement saying Mr Netanyahu's speech had been an "insult to the intelligence of the United States" that had left her near tears.

Mr Obama said he had been unable to watch the speech as it was given, but found "nothing new" when he read the transcript.

He said sanctions alone were not sufficient without offering Iran an alternative path.

Other Democrats criticised the speech, with Representative John Yarmuth calling it "straight out of the Dick Cheney playbook - fearmongering at its worst".

The US, UK, France, Germany, Russia and China are seeking to reach agreement to curtail Iran's nuclear programme in exchange for sanctions relief.

They fear Iran has ambitions to build a nuclear bomb - something Iran denies, insisting it is merely exercising its right to peaceful nuclear power.

Negotiators are currently working towards a late-March deadline for an outline agreement with Iran, which would be followed by a detailed deal by the end of June.